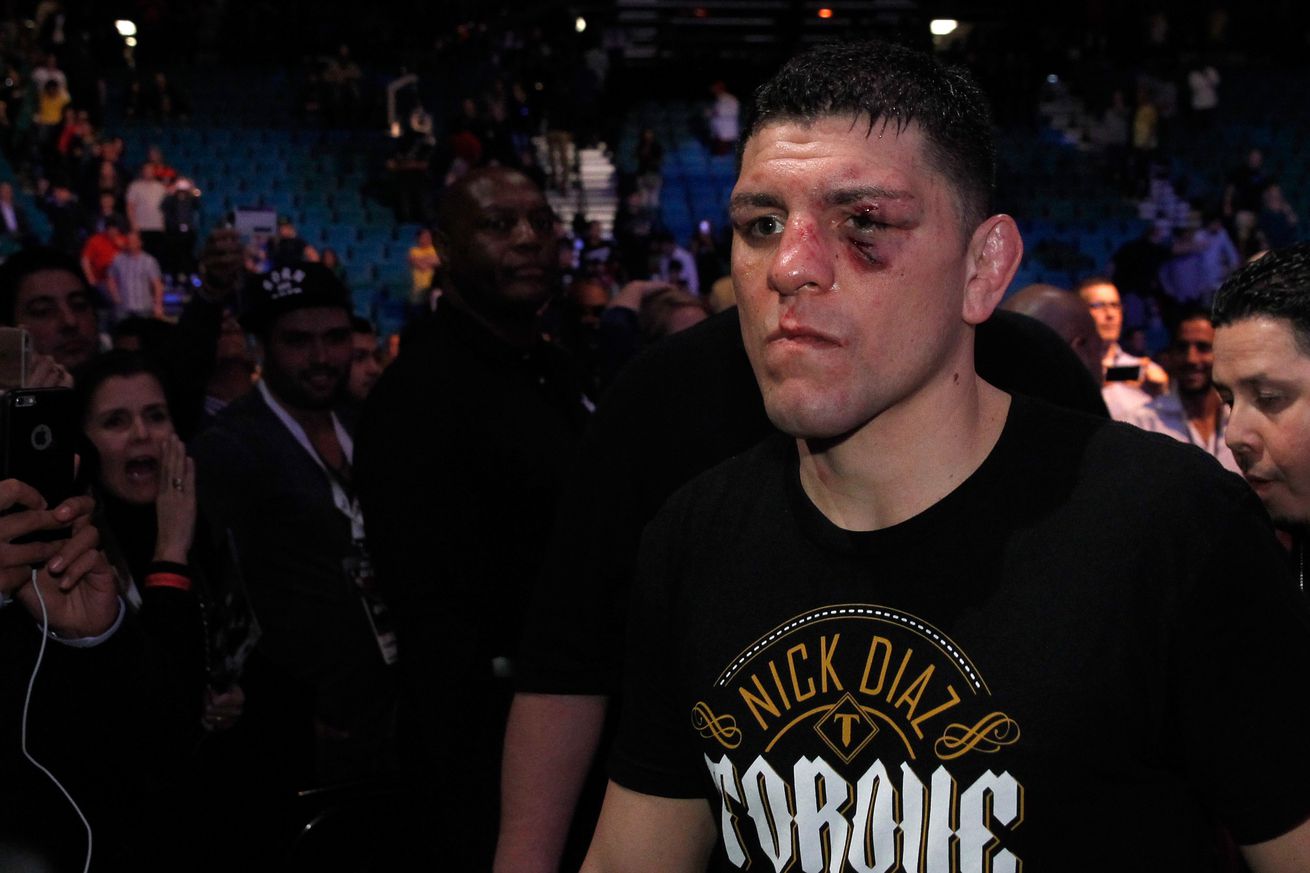 That answers this question.

At the upcoming UFC 209 pay-per-view (PPV) event, scheduled for Sat., March 4, 2017 inside T-Mobile Arena in Las Vegas, Nevada. Securing a championship title fight after failing to notch a win in over five years (plus this) is nothing short of remarkable and a testament to how popular Diaz is among the mixed martial arts (MMA) fan base.

Not surprisingly, Diaz wants to be paid as such.

Unfortunately for Diaz — as well as Woodley — the UFC moneyman has short arms and deep pockets, balking at the Stockton slugger’s exorbitant demands. While exact figures are unknown, I have to believe these guys stick together.

In his absence, Woodley will move on to rematch Stephen Thompson in the UFC 209 headliner (details), a rematch from their five-round war at UFC 205 last November in New York, one that ended in a disappointing draw.