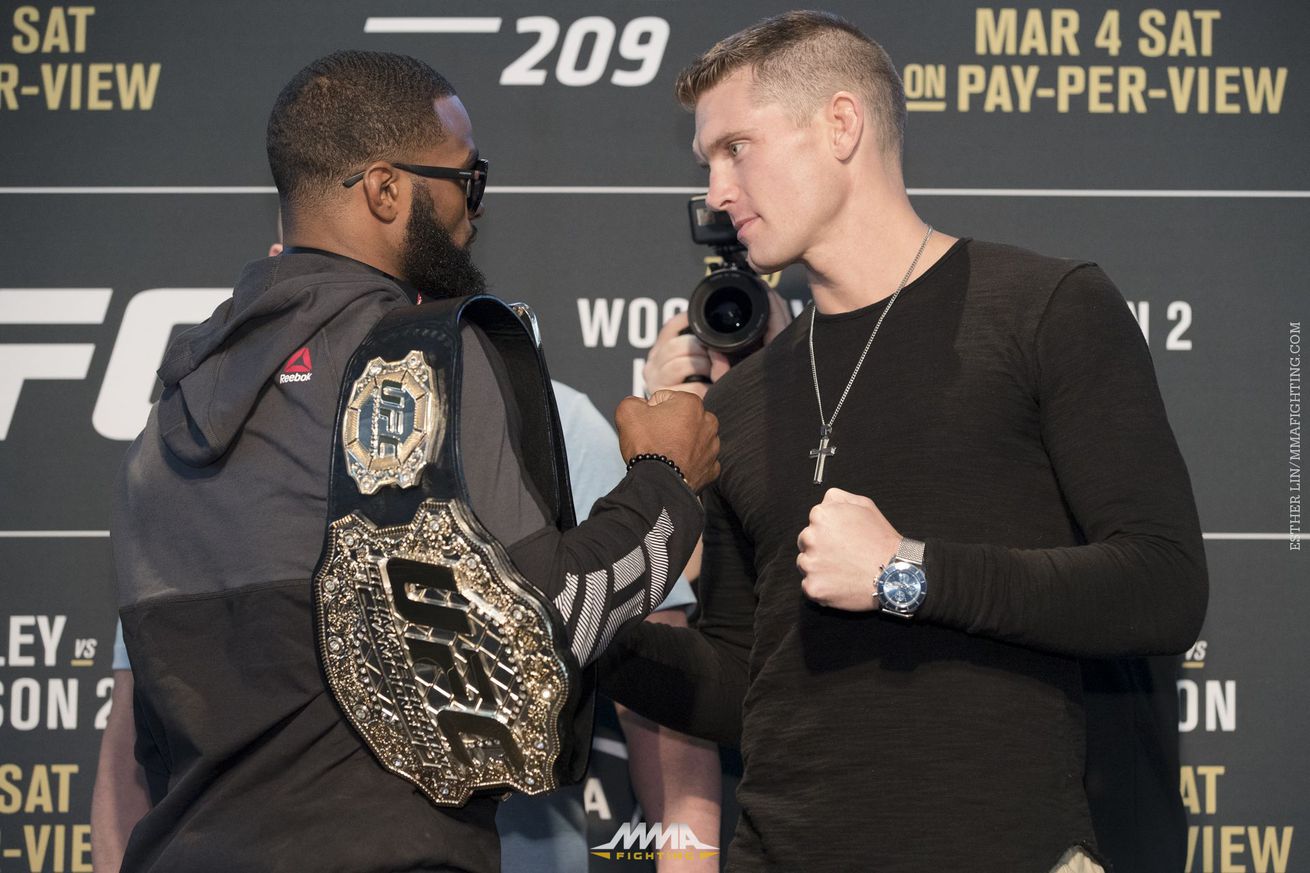 Four months after the hysteria of Madison Square Garden, UFC welterweight champion Tyron Woodley and challenger Stephen Thompson will finally settle the rivalry that has consumed the 170-pound division when they square off in a rematch on March 4 at the T-Mobile Arena in Las Vegas, Nevada at UFC 209.

Last time out, Woodley and “Wonderboy” fought to a controversial majority draw in one of the best fights of 2016. Who will make the necessary adjustments and emerge victorious in the rematch? We asked a small sampling of the fighters in town for UFC 209 what they thought about Saturday night’s main event.

Tyson Pedro: “I’m so excited for that fight. I like Woodley for the main event. I do like Thompson’s style, but I just think Woodley might catch that knockout this time if he does what he did in the first fight.”

Din Thomas: “Generally, it’s going to be the same, because these guys have been doing what they do for the majority of their life. They’re not changing that much in five months. But, small details can make big differences, so there could be some small things that change that could make big differences.