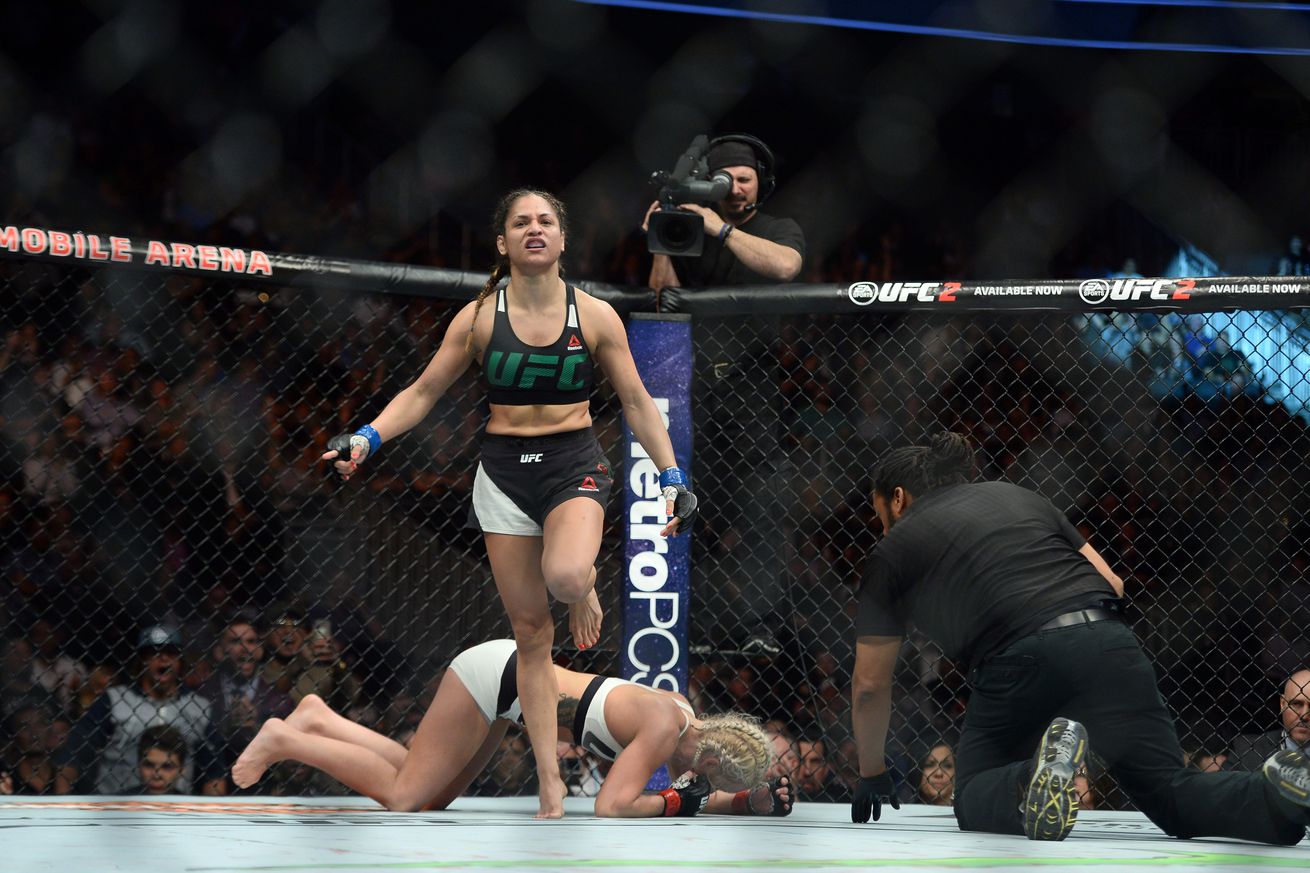 A runner-up on The Ultimate Fighter (TUF), Cooper had definitely proven herself a solid prospect thanks to her run on the show and victory over Anna Elmose. While the promotion to the main card may have been unexpected, it was a solid opportunity for both women to gain more exposure with a big win. While fight fans could be forgiven for not knowing exactly who Cynthia Calvillo was ahead of her UFC debut, I am perhaps the best person available to fill you in. One of my training partners at Team Alpha Male, Calvillo is a strong grappler with a mean right hand, and she showed off those skills last night.

After about 90 seconds of quick striking exchanges between the two athletes, Calvillo caught a kick and dumped her opponent to the mat. Calvillo quickly jumped onto an anaconda choke, and while it failed, Calvillo was able to immediately transition into the back mount from there thanks to some impressive flexibility. From there, Calvillo looked up the body triangle and began to hunt for the choke. Before long, Calvillo found her way under the neck, flattening her opponent out and forcing the tap.

It’s pretty hard to imagine a better debut for Calvillo. On just a couple week’s notice, Calvillo found herself on the main card of a pay-per-view (PPV), and she capitalized by putting on a pretty dominant performance and finishing this one early. It was not secret in the lead up to this match that Calvillo was a grappling specialist who would likely attempt to drag the boxer into her world. The result proved precisely why that was a smart plan, but Calvillo also held her own on the feet, landing some solid punches and working strong combinations.

Following this short finish, Calvillo has established herself as a serious prospect at 115 lbs. Still just four fights into her professional career, a match up with a ranked but non-top five opponent would make the most sense, such as someone like Randa Markos.

She also shouted out Joseph Morales in the post-fight interview, a Flyweight prospect that the UFC would be wise to invest in.

As for Cooper, this is a serious bummer. “ABC” is a definite prospect, but she accepted a short-notice bout with a more developed athlete. Calvillo made quick work of her, and now Cooper will be sent back to the bottom of the division. On the ground, she was simply out-matched. Hopefully, a slow rise will allow her to work her way back into big fights.

Last night at UFC 209, Cynthia Calvillo made an excellent debut via first round submission. Is Calvillo a future title contender?