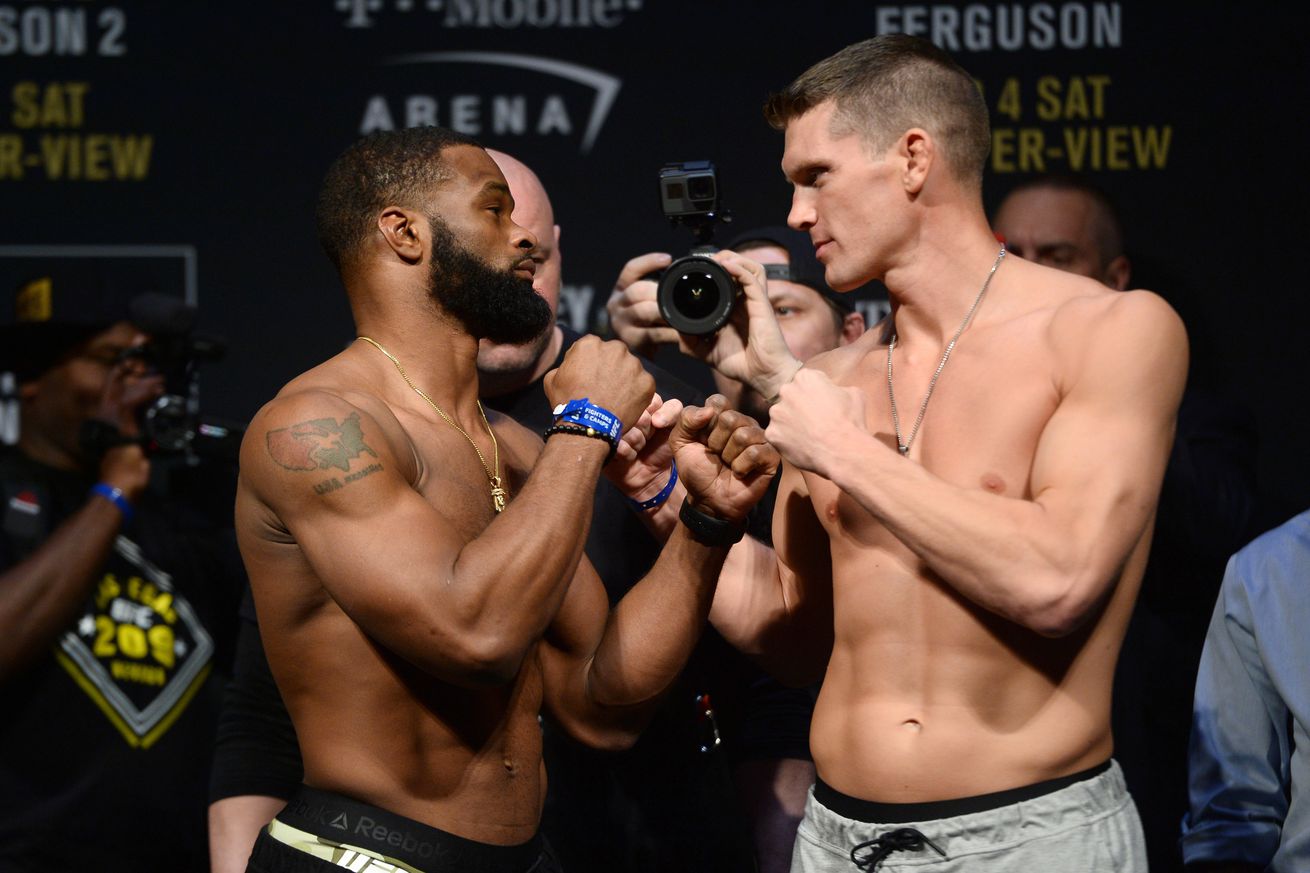 And the second verse was nothing like the first. It was best described as a “tactical chess match,” which basically translates to neither fighter really being able to pull the trigger. Indeed, there was very little action through four rounds sans a takedown and ground-and-pound from Woodley in the third frame. For most of the fight, Thompson stood in front of Woodley as the champion circled around the fence, exchanging shots sparingly much to the chagrin of the impatient “Sin City” crowd. Then, in a flash, Woodley exploded with about 45 seconds remaining in the fifth and final act. He drilled “Wonderboy” with a shot that sent him crashing to the canvas. With Thompson clearly hurt, Woodley put everything he had into his punches to try and turn out his lights. Somehow, Thompson was able to scramble and avoid a kill shot, eventually making it back to his feet seconds before the fight ended dazed and confused.

It was the third and fifth rounds that won Woodley the fight. His performance — or lack thereof — in the other three were puzzling and maddening at times. He admitted that Thompson stung him with some good shots, which made him overly cautious. Still, you see a fight like the one between David Teymur and Lando Vannata in the co-main event and it’s a real head scratcher. Especially since Woodley is campaigning for “money fights,” which won’t come if he’s unwilling to pull the trigger on his explosive, awesome power.

For complete results from UFC 209: “Woodley vs. Thompson 2,” including play-by-play updates, click here and here.