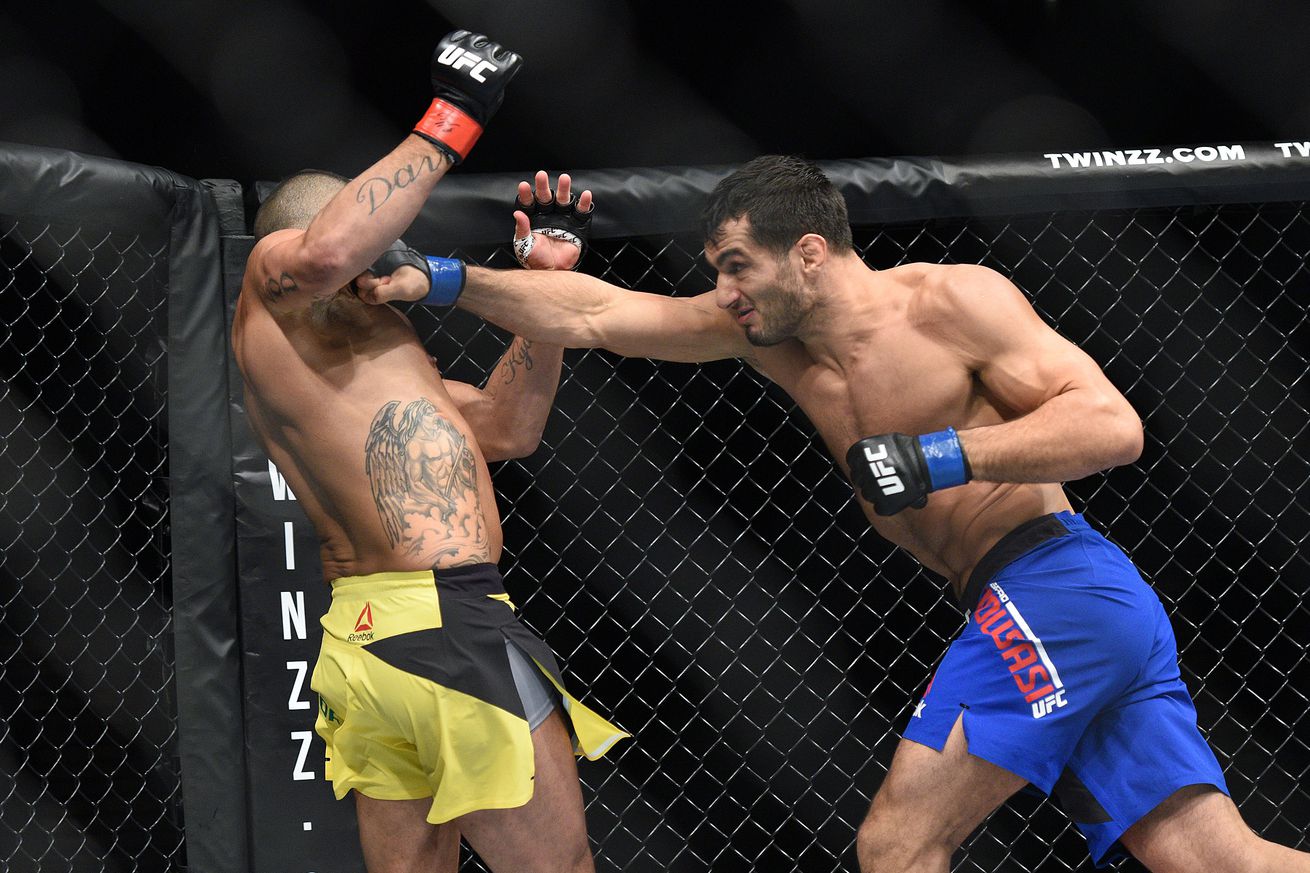 Former Ultimate Fighting Championship (UFC) middleweight champion Chris Weidman has no qualms in saying that facing Gegard Mousasi on April 8 at the UFC 210 pay-per-view (PPV) event, set for KeyBank Center in Buffalo, New York, is step down in competition.

It’s a rather bold statement, seeing as how “The Dreamcatcher” has long been one of the most dangerous fighters in the Middleweight division, and is only one spot behind “All American” on the official UFC rankings. Gegard has also won four in a row, three via stoppage, while Weidman has dropped two straight to Luke Rockhold and Yoel Romero via knockout.

Nevertheless, while Mousasi admits Wiedman is an all-around good fighter, there simply isn’t nothing great about him. And if he decides to underestimate, he’s in for a rude awakening come fight night.

“He’s a solid fighter. He is good everywhere, but he’s not great. He’s not that explosive, he’s not that fast and I am going to light him up, I promise,” said Gegard during a recent interview with MMA H.E.A.T.

“I know he’s a confident guy, cocky sometimes, but I think he underestimates me. And I am going to show him, I’m not kidding. I am in great shape, no one is taking me down and in standup, I’m just very confident and happy I got this fight,” he added.

Still, Gegard says he has nothing personal against the former Middleweight champion

“I got nothing against respect the guy, he’s a nice guy. At the end of the day it’s the fight and afterward, we’re the same.”

Should he collect his fifth straight win, Mousasi will have an air-tight case for a shot at the 185-pound title. But, he isn’t holding his breath, as the recent distribution of title shots in the division have left him doubting what the future holds.

“I feel the same way (deserve title shot), but, Dan Henderson fought for the title and now ‘GSP’ is fighting for the title, Yoel Romero is next. I don’t know, I just need to win so I will concentrate on that first. Do I feel I deserve to with my career, especially if I get this win? Yes.”

Indeed, the recent matchmaking has left many top contenders questioning their future.

To see who else is fighting at UFC 210 — which features a Light Heavyweight title fight between Daniel Cormier and Anthony Johnson — click here.