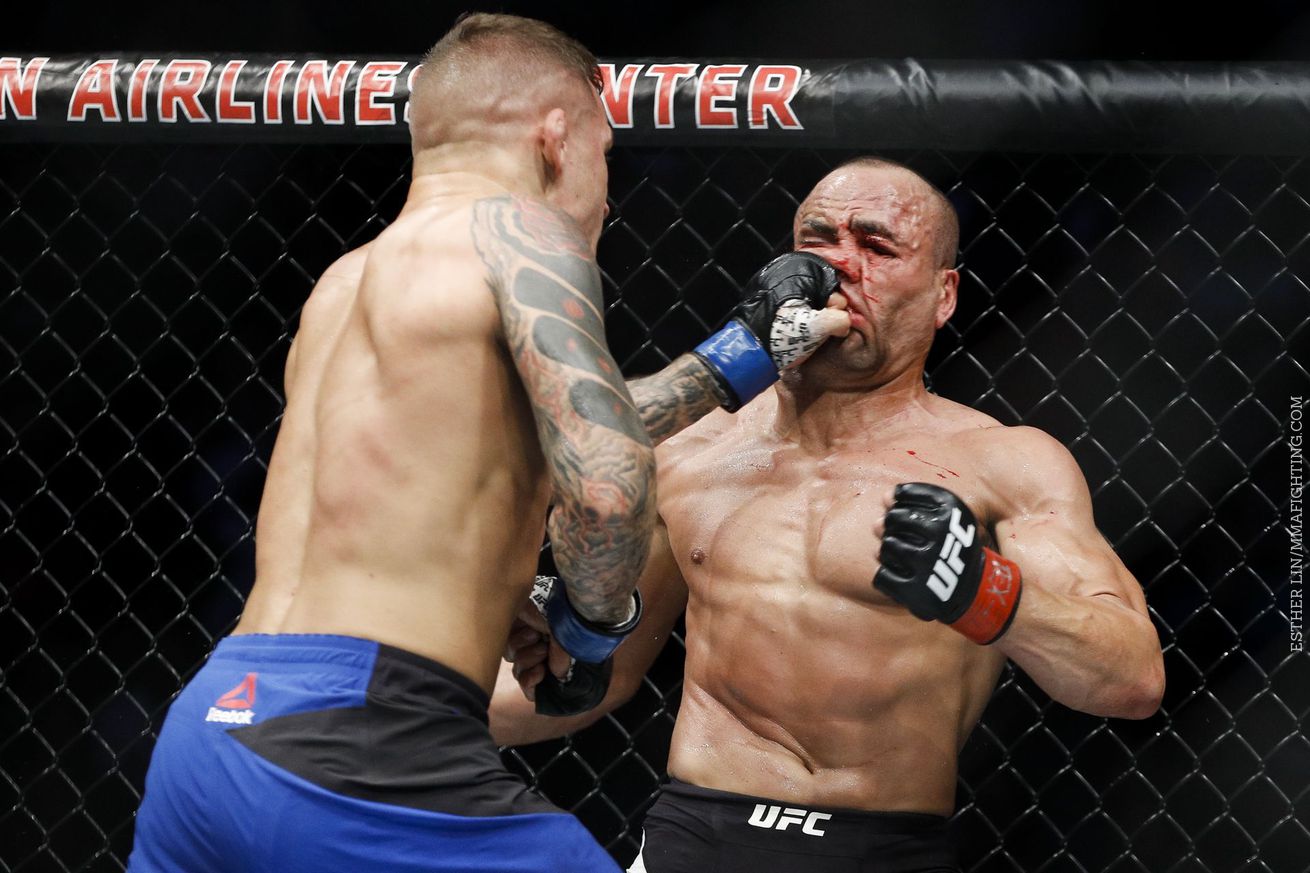 For the second straight month, controversy over knees to a downed fighter brought a halt to a spectacular bout.

Former UFC lightweight champion Eddie Alvarez and Dustin Poirier were putting on what had the potential to be Fight of the Night, and perhaps even Fight of the Year, before three consecutive knees from Alvarez to a downed Poirier brought an end to their UFC 211 lightweight bout in Dallas.

Referee Herb Dean ruled the fouls accidental instead of intentional, causing the matchup to be ruled a no contest at 4:12 of the second round at Dallas’ American Airlines Center.

Poirier clearly won the opening round, using a sharp jab, forward pressure, and solid takedown defense to stymie Alvarez, who was fighting for the first time since losing the lightweight belt to Conor McGregor at UFC 205 in November.

Poirier appeared to be close to finishing Alvarez off in the second round, wobbling him on several occasions, before Alvarez somehow found a second gear. The Philadelphia native went into survival mode and began winging haymakers and landing some.

He had Poirier up against the fence when he landed the three disputed knees, the first of which was borderline illegal, and the last two of which were clearly illegal, as the downed Poirier crumpled to the mat. After a brief stoppage, Dean waved off the fight.

“When the first one landed, it was kind of a glancing shot, the second one I thought landed on my glove, the third one flashed me,” Poirier said.

Poirier (21-5, 1 NC) had won five of six coming into the bout. Alvarez, who apologized to Poirier after seeing the replay on the arena’s big screen, is now 28-5, 1 NC.

The controversial finish came one month after UFC 210, in which a hot fight between Chris Weidman and Gegard Mousasi ended in a Mousasi TKO following a knee-related issue.