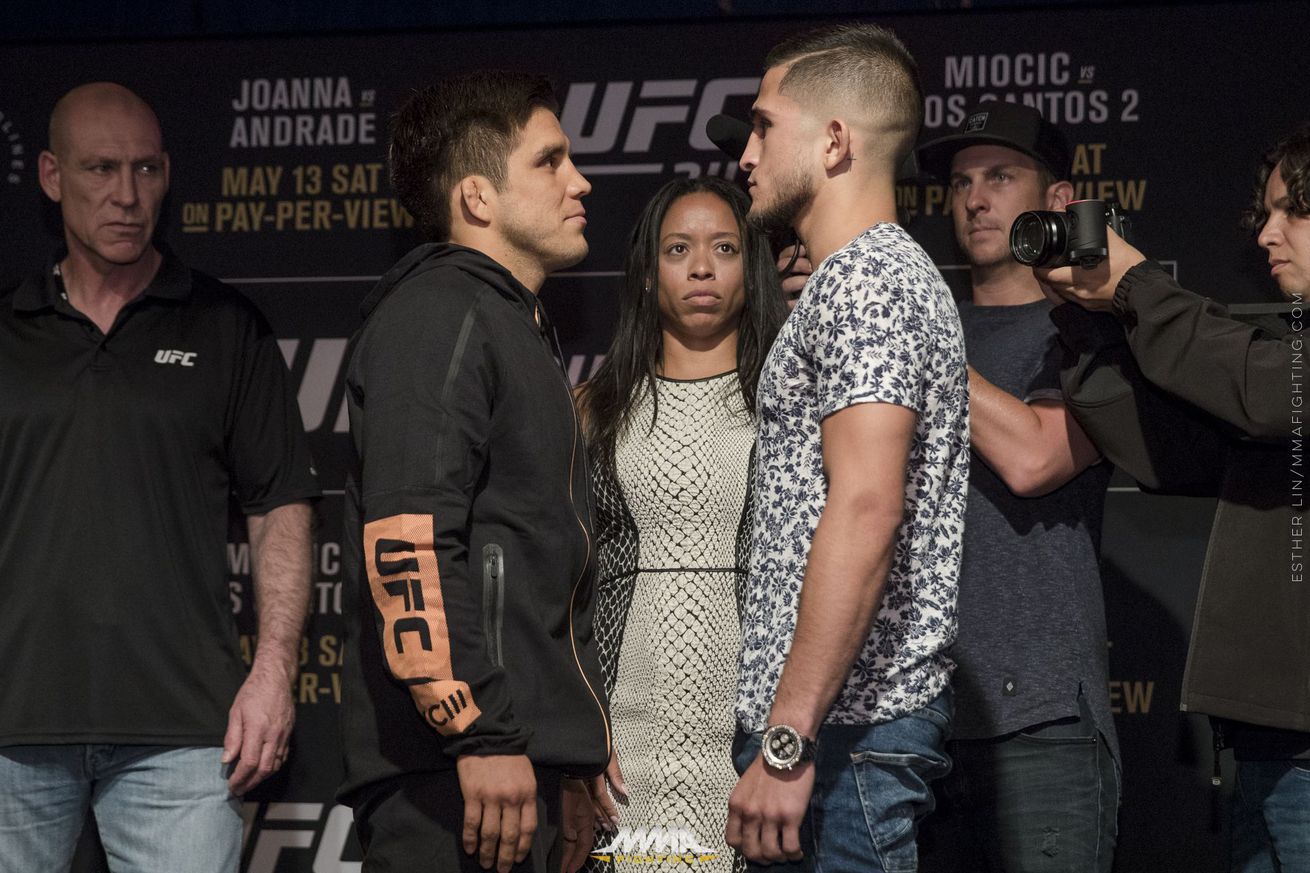 Sergio Pettis vs. Henry Cejudo has been canceled, MMA Fighting has learned. According to multiple sources, a hand injury has forced Cejudo out of the fight, which was slated to take place on the pay-per-view main card.

It’s unclear at this time which fight will replace the flyweight fight on the main card. UFC 211 will now proceed with 13 fights.