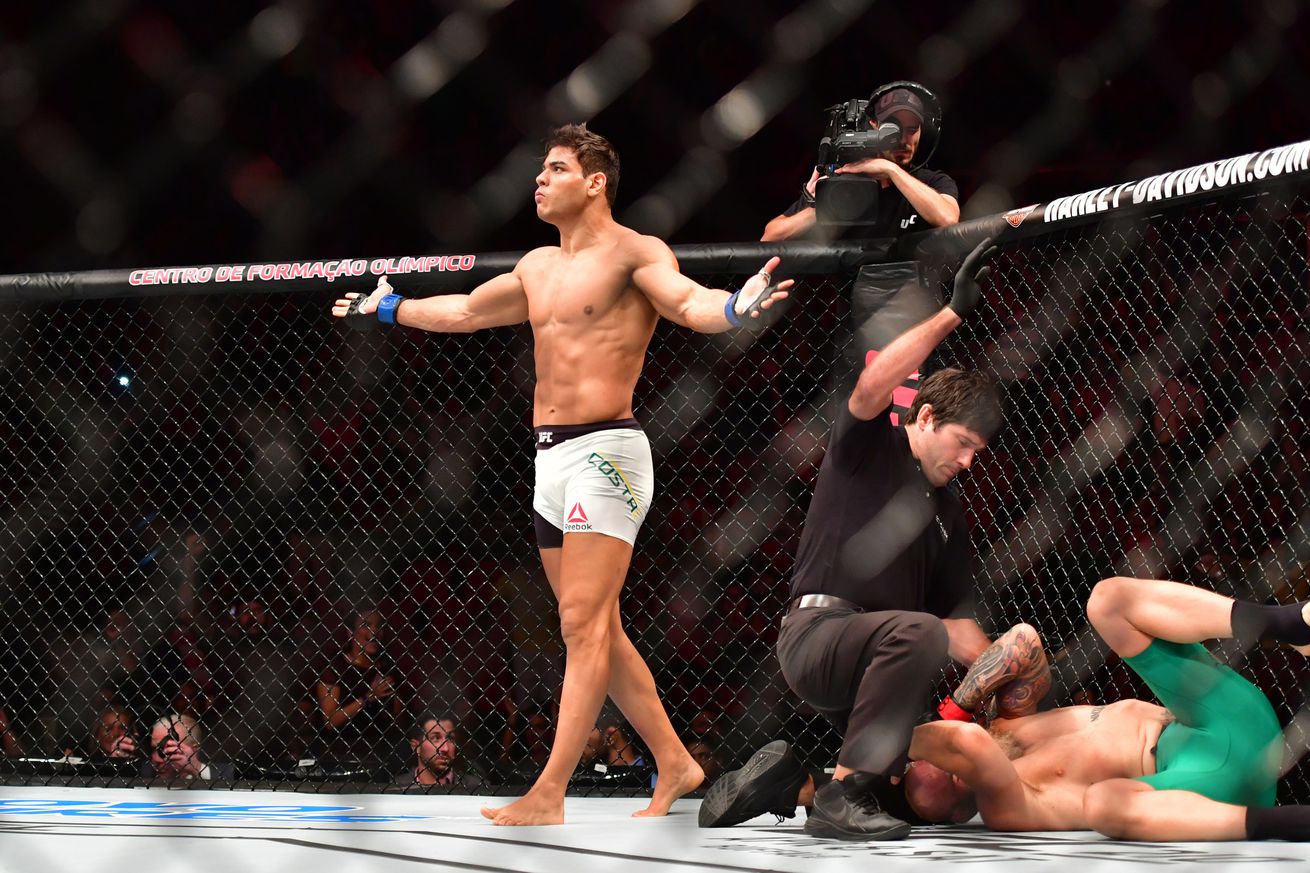 Bamgbose is one of the wildest knockout artists in the 185-pound division. He’s also the only man I can recall to land a successful thigh chop to head kick combination, so maybe there’s a bit of method to “The Holy War Angel’s” madness. Borrachinha introduced himself to UFC back in March by absolutely mauling his opponent in less than 90 seconds. That’s par for the course for the Brazilian, who has finished each of his nine wins in less than one round.

Someone is going to sleep quickly, so let’s not waste any time before taking a look at their skill sets.:

Neither of these guys waste much time in trying to decimate their foes — all 15 of their combined wins have ended in the first — which makes attempting to write out a strategy an interesting challenge.

For Bamgbose, my recommendation would be to rely on his unpredictability. Borrachinha is a physical monster, but he relies mostly on a hard right hand and right kick to punish his foes. Since Bamgbose can likely match his foe’s athleticism, all his wacky techniques may really come in handy here. If he can surprise Borrachinha with a sudden hard shot, it could be just what he needs to turn the tide.

Paulo Borrachinha
Record: 9-0
Key Wins: Garreth McClellan (UFC Fight Night 106)
Key Losses: None
Keys to Victory: Borrachinha is a gigantic Middleweight with terrifying power. The 26 year old routinely dominates his foes, who have largely looked undeserving of sharing the cage with him.

He may not exactly pass my “smell test,” but my paycheck doesn’t come from USADA, so that’s none of my business!

There’s no reason for Borrachinha to really mix anything up here. He does well in pressuring his foes and blasting them with nasty punches. He may rely on a couple techniques to do so, but Borrachinha showed a pretty decent ability to land, pull to avoid counters, and land again.

Between a pair of heavy hitters, that could be the difference.

Alternatively, Borrachinha does have a submission win on his record as well. If he decides to change levels into a takedown, there’s a fair chance his physical strength will let him finish the shot even if that’s not his strong suit. Bamgbose is not a great defensive wrestler or grappler, so forcing him to exhaust himself — assuming Borrachinha does not gas in the process — with some wrestling could be really beneficial.

Both of these athletes are fairly new to UFC but have made their intentions clear. Bamgbose and Borrachinha walk into the center of the cage and throw heavy shots, ideally until the other man falls down. They may be inexperienced, but they’re explosive and dangerous, a win on the main card of a pay-per-view will push them further in the division.

On the other hand, a loss doesn’t mean all that much — anyone can get knocked out. Both men still have to develop their skills before fighting the best, so more time in the middle-to-lower end of the division won’t really hurt them.

At UFC 212, Oluwale Bamgbose and Paulo Borrachinha will look to crush each other. Which fighter will remain standing when the dust settles?