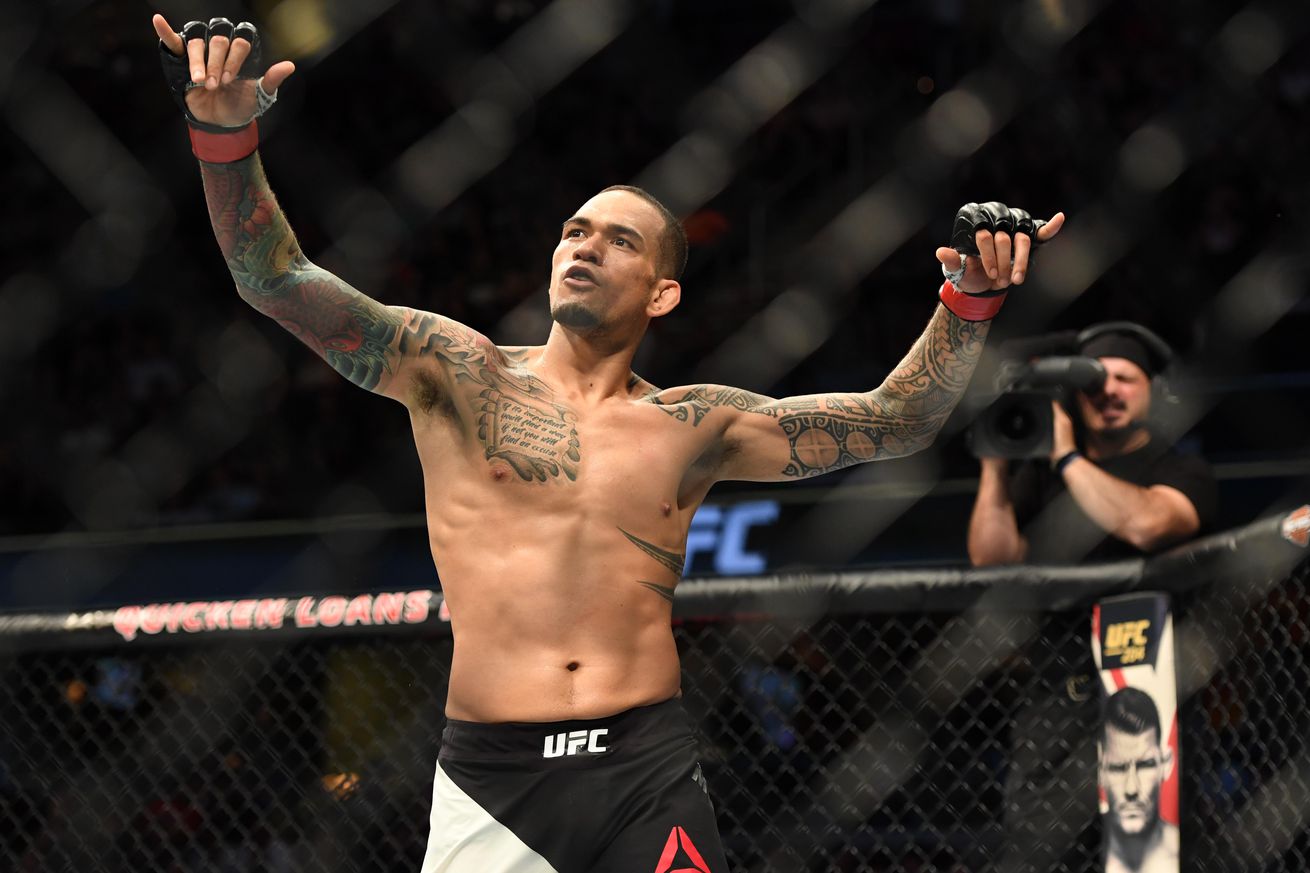 Silva had something to prove heading into this bout. The Brazilian bruiser has been incredibly inconsistent — both in performance level and actual results — and he really needed to turn away the former Lightweight to help re-establish himself as a fighter to watch. Meanwhile, Medeiros was still looking to prove himself at 170 pounds. He looked sharp in his debut, but Silva was a more established veteran, and a win here could really push Medeiros up the ladder.

After a feeling out process, Medeiros stunned Silva early with a hard right hand. He recovered well, and the two returned to their process of working from the outside, looking to feint and set up big shots.

All in all, it was a very close round. There were a number of momentum shifts, as Silva would find his moment to explode and land a big combinations just before Medeiros returned with his hard counter right hand. Both athletes kicked well also, as Silva dug into his foes leg while Medeiros looked for his left kick to the mid-section.

Silva finished the round with a big knee, but it was still an extremely close round.

The fighters continued to exchange at a furious pace. Silva did his best work with more low kicks, while Medeiros’ right hand found a home with reasonable reliability. However, those low kicks were really wearing Medeiros down, as his feet were starting to move a bit slower.

Unfortunately for the Brazilian fans in attendance, it didn’t matter. Medeiros swung deep into a right hand and pulled back with a gigantic left hook, which connected directly with his opponent’s jawline. Silva fell down in ugly fashion and actually recovered better than expected, but the referee called the fight before Silva could do much to defend himself.

Early or no, Medeiros’ hand was raised.

This was quite a strong performance from the Hawaiian. Medeiros has always been comfortable as a brawler — the man has a chin and legitimate knockout power — but spent a lot of time fighting like a technician. In this bout, it seemed to really come together for Medeiros, as he pulled off a number of tricky setups while still trading heavy punches.

Together, those skills allowed him to push the pace and land hard shots without getting terribly out of position.

Medeiros did a great job of utilizing his range in this bout. Silva was the better natural athlete and thus faster, but he relied on power hooks to do damage when trying to box. On the other hand, Medeiros kept a long jab and cross in his opponent’s face all night. Speed is hard to adjust for, but Medeiros was able to compensate by fully extending on his punches, including that beautiful left hook at the end.

Medeiros is not ready for a top ranked foe yet, but this was a significant step forward and his second straight finish at 170 pounds.

Silva fought remarkably well in my opinion. After getting dropped early in the first, he stormed back and landed some really damaging shots. On his feet, he was more composed than usual, maintaining his energy level in what was generally a very high-paced fight.

Additionally, Silva’s low kicks were brutal and beginning to take effect. Medeiros attacked hard in the second likely because of how his leg was feeling, which was a smart choice that paid off. Still, it’s a good sign for Silva, who at one point was looking like a surefire UFC washout.

Last night, Yancy Medeiros continued his winning ways with a slick second round knockout. Who should the Hawaiian face next?