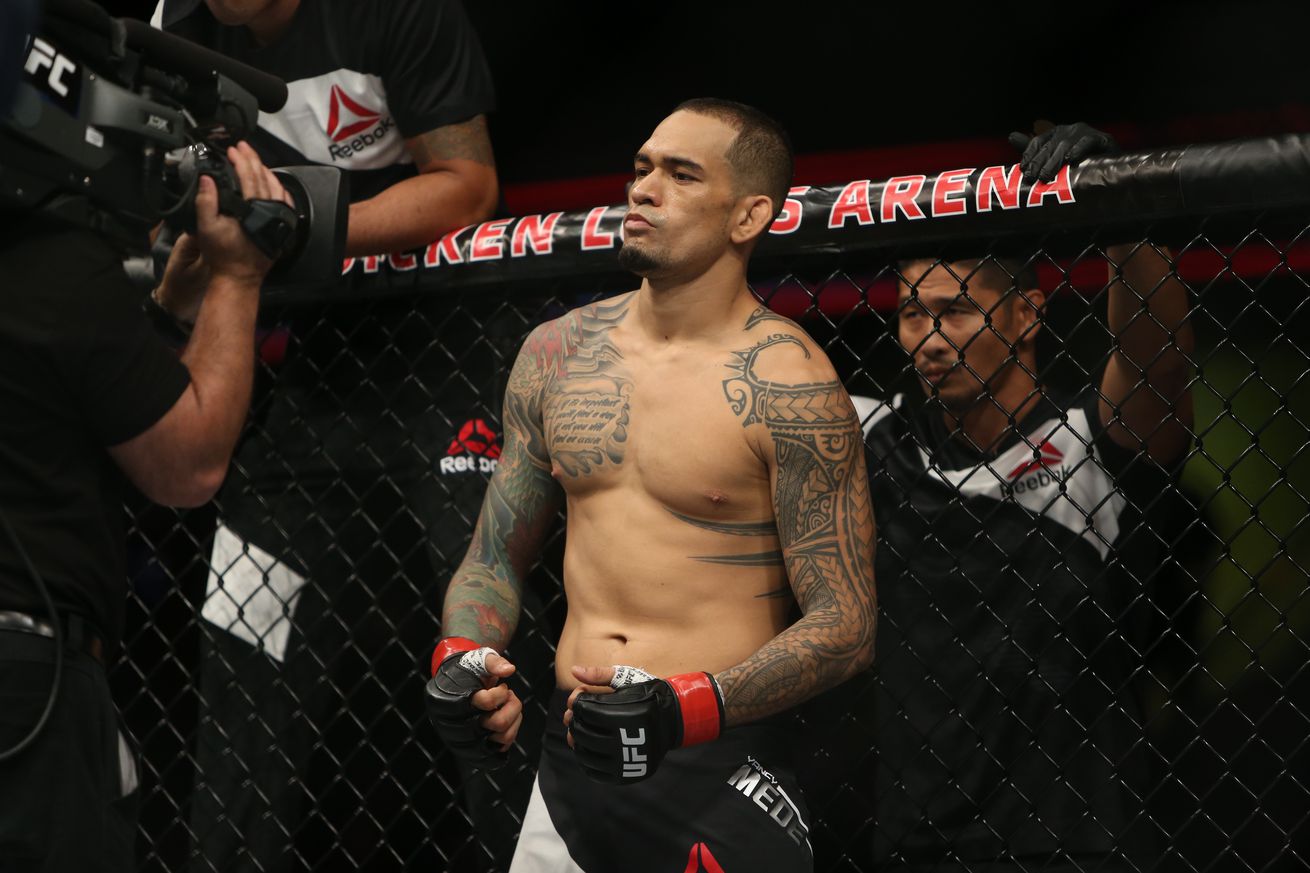 Erick Silva tonight (Sat., June 3, 2017) tried to cobble together back-to-back wins for the first time in more than two years, taking on Yancy Medeiros in the opening pay-per-view (PPV) match of UFC 212, which took place inside Jeunesse Arena in Rio de Janeiro, Brazil. Medeiros — who also hadn’t won consecutive matches inside the Octagon since 2014 — wasn’t about to make it easy.

Only one of them, though, could stake that claim. And, after 1.5 rounds of back-and-forth scrapping, it was Medeiros who walked away the winner, stopping Silva via technical knockout in the second round.

Medeiros looked to press the action early, unleashing two kicks and pumping a furious jab as Silva played defense and looked to counter. Medeiros clipped him behind the ear with a right hook, compelling Silva to duck under and latch onto the Hawaiian to clear the cob webs. Silva soon got to his feet — and got on his bike — to regain his composure. Medeiros didn’t overcommit, instead stinging Silva from distance with crisp jabs. With two minutes to go, seemingly recovered, Silva finally exploded, ripping Medeiros’ body with punches and then landing a nice cross upstairs. Medeiros didn’t back down, though, responding with high- and low-kicks; however, Silva responded in kind. Just as the round was about to come to a close, Silva landed with a nice shot that sent Medeiros to the canvas, but only for a moment as they soon headed to their respective corners.

Medeiros came out the aggressor once again, but Silva beat him back with a thundering low kick. Medeiros was non-plussed, waiving on the Brazilian to bring it. He began to put together several solid combinations, but Silva was as confident as ever, firing back and giving just as well as he was taking. Then, in an instant. Medeiros caught Silva clean in the middle of the Octagon with a looping left hook that dropped him instantly. Medeiros rushed in to finish the fight with a flurry of punches on the ground. Silva appeared to snap out of it and was defending himself, but the referee had a different opinion, stepping in and calling off Medeiros before he could do any additional damage.

It was a fun fight while it lasted — both Medeiros and Silva were game. But, as the fight unfolded, Medeiros found an opening and exploited it … emphatically.