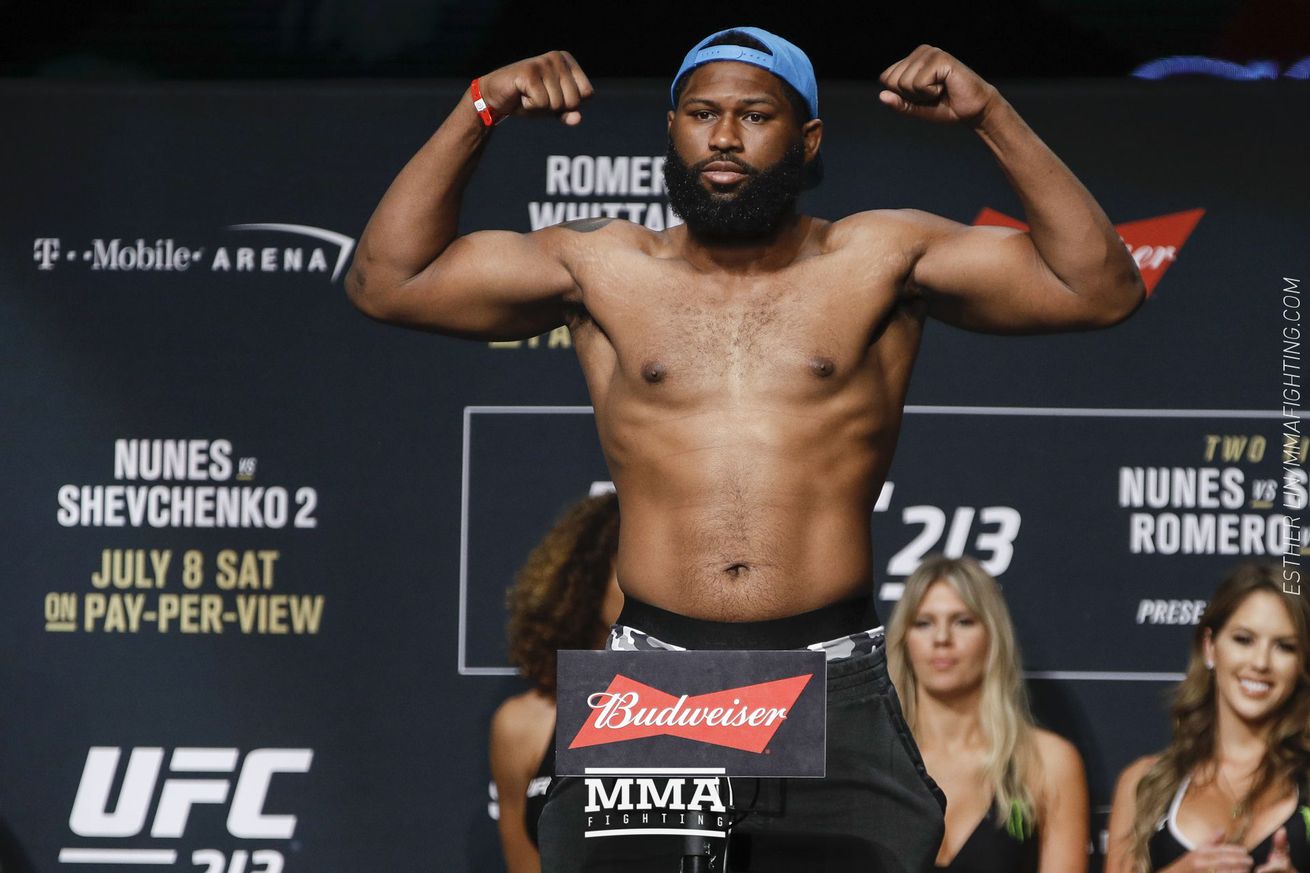 LAS VEGAS — It’s not likely to turn up on a Fight Pass compilation of classic UFC matchups any time soon, but Curtis Blaydes will take the win nonetheless.

Blaydes ignored the jeers of the crowd at T-Mobile Arena and stuck to a game plan in his heavyweight matchup with Daniel Omielańczuk on Saturday night at UFC 213. That was good enough to give the Chicago native a unanimous decision on across-the-board scores of 30-27.

All three rounds repeated the same refrain, as both fighters either stayed far enough apart to land many punches, mixed with Blaydes closing the distance and shooting for takedowns. While Blaydes got the best of these exchanges, wearing his opponent down in the clinch when he couldn’t get him to the mat, the crowd grew increasingly restless.

Referee Marc Goddard admonished the fighters for their inactivity late in the second round. But the third, by and large, was much of the same. Blaydes attempted 14 takedowns over the fight to Omielańczuk’s 1.