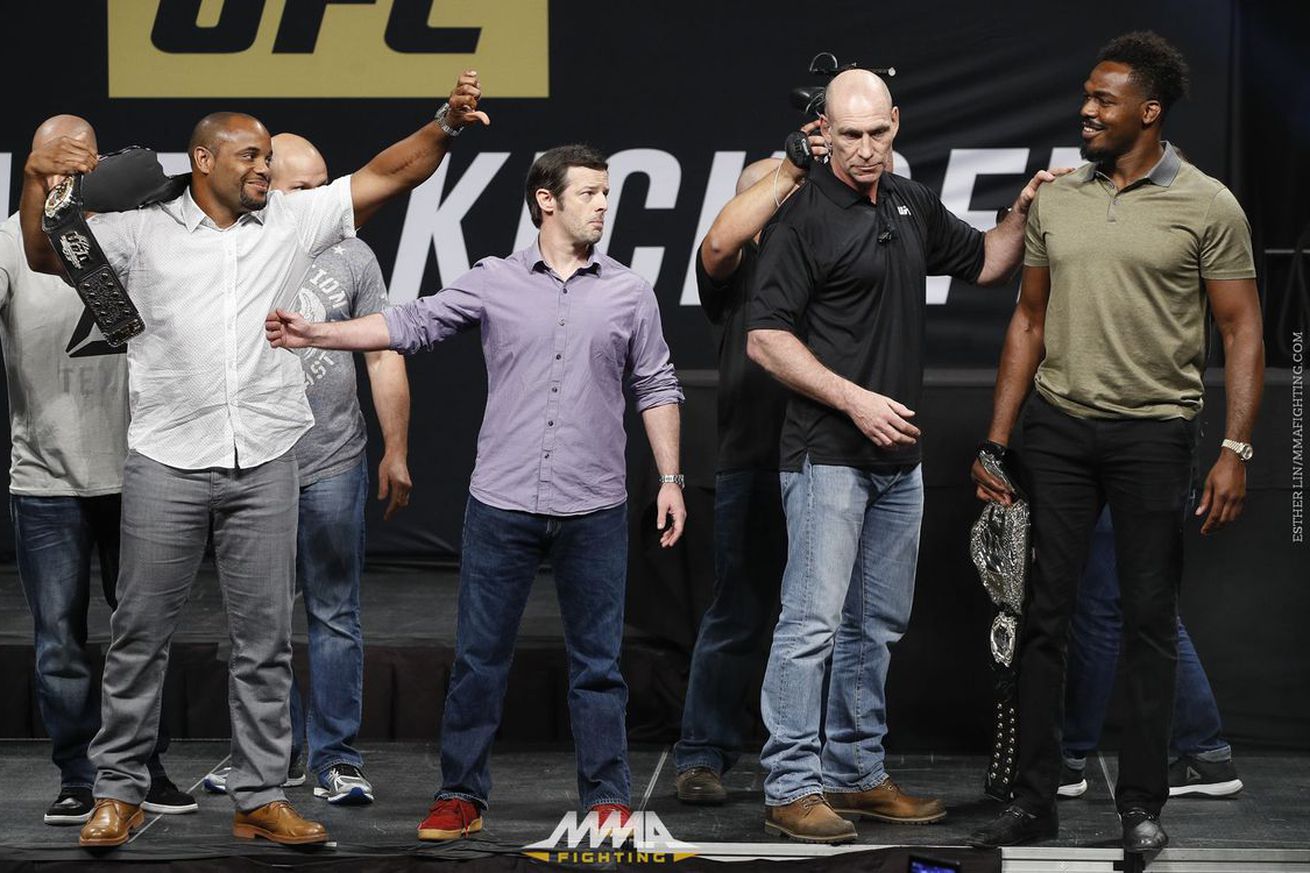 Daniel Cormier and Jones Jones will meet for the second time at the upcoming UFC 214 pay-per-view (PPV) event on Sat., July 29, 2017 in Anaheim, California (details), in one of the most highly-anticipated rematches in Ultimate Fighting Championship (UFC) history.

Depending on the result of the main event bout, the future for both men is rather unclear, though the Light Heavyweight division is suddenly reemerging as a competitive weight class.

For “DC,” however, he isn’t too interested in other challenges in the division at the moment, as he says no other fights get his juices going. And at 38 years of age, Cormier admits he needs something intriguing to get him moving, which is something Jones provides.

“I want fights that get me going. Like Johnson it was like, ‘Can he really get one on me this time? Can he knock me out? That’s the stuff that gets my juices flowing,” said Cormier on a recent interview on The MMA Hour. “Can Jon Jones do what he did last time and beat me again? That’s the stuff that gets my juices going. Otherwise I’ll just do TV.”

With Jimi Manuwa and Volkan Oezdemir set to collide at the same UFC 214 event, the winner is expected to shoot up to the No. 1 contender spot with a victory. For “DC,” neither man gets him going in the slightest. And if he had his way, he’d just fight Jones for a third time instead.

“If they tell me I have to fight Jimi Manuwa I’m just like, ‘For what?’ This guy has no chance, like, come on. Volkan Oezdemir, I’ll retire. I’m just kidding, but I need stuff. If Volkan goes out there and smashes Jimi Manuwa and looks like a real contender and after I’m done with Jones and wake up in a couple of weeks and it gets my juices going and I feel like fighting Volkan, then I’ll do it,” he said.

“Otherwise I’ll just fight Jones again because I feel like every time I fight Jones it will get my juices going.”

To hear “DC” tell it, had it not been for his constant pressure on UFC president Dana White to get the Jones rematch, it would not have happened so soon and “Bones” would have probably taken a tune up fight coming off a year-long suspension.

“The truth of the matter is, there wasn’t much of a choice. He (Jones) wanted a different date, he talked of fighting someone different. They offered me Manuwa for July 29, and I told the boss a week after I fought ‘Rumble’ I was on my way to Kansas City, Jimi Manuwa was in White’s office and he goes, ‘You and Manuwa in Anaheim.’ And I was like it needs to be Jones, make it happen.”

“And then I badgered him and badgered him and I told him, ‘Tell me he is ready to go.’ And he’s like, ‘Well, I’m talking to him, we’re going to figure it out.’ And after a week of just badgering him, he tells me to calm down because he’s working on it. Finally it was Jones, It had to be Jones.”

As far as a Gustafsson rematch, there’s a reason “DC” left him off his list, as he jokingly — and perhaps with a hint of seriousness — says he doesn’t want to fight him again since their first battle was a tough one for him back at UFC 192.

That said, should Cormier get a win over Jones, it isn’t too far-fetched to believe the promotion will stage an instant trilogy fight to settle the score once and for all, while cashing in a the PPV box office in the process.

And judging by how stacked UFC 214 has become, business should be booming.