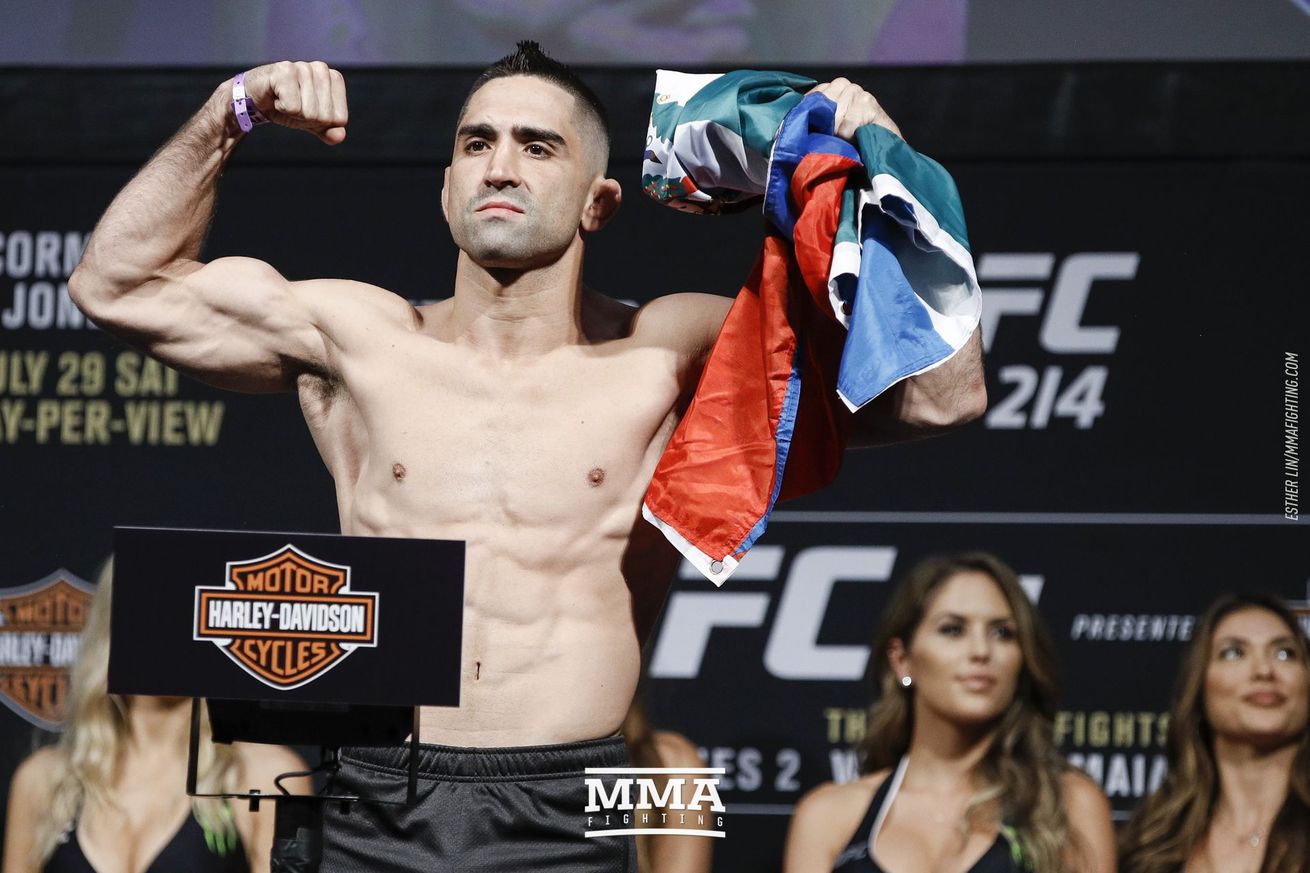 ANAHEIM, Calif. — Jason Knight took a big chance by stepping up in competition and replacing Chan Sung Jung in a featherweight fight against Ricardo Lamas.

Lamas, though, wasted little time Saturday night letting Knight know this veteran wasn’t about to step aside for a young’un just yet.

Lamas poured it on at UFC 214 at the Honda Center, rocking Knight with shot after shot before referee Mike Beltran waved it off. The time of the TKO finish was 4:34 of the opening round.

Knight, a submission specialist, went for a standing guillotine early. A bit later, he trapped Lamas in a kneebar.

But once the fight got back standing, Lamas started landing punches at will. Knight somehow managed to stay standing and scampered away on wobbly legs more than once. But Knight shot for a sloppy single and Lamas finally finished him on the ground with punches.

“This guy’s been on my radar awhile, I had seen what he’s capable of doing,” Lamas said. “I knew he had heart so I knew I needed to keep coming at him.”

The Chicagoan is now 18-5 and has won two straight and three of his past four. Knight (20-3) had a four-fight win streak snapped.