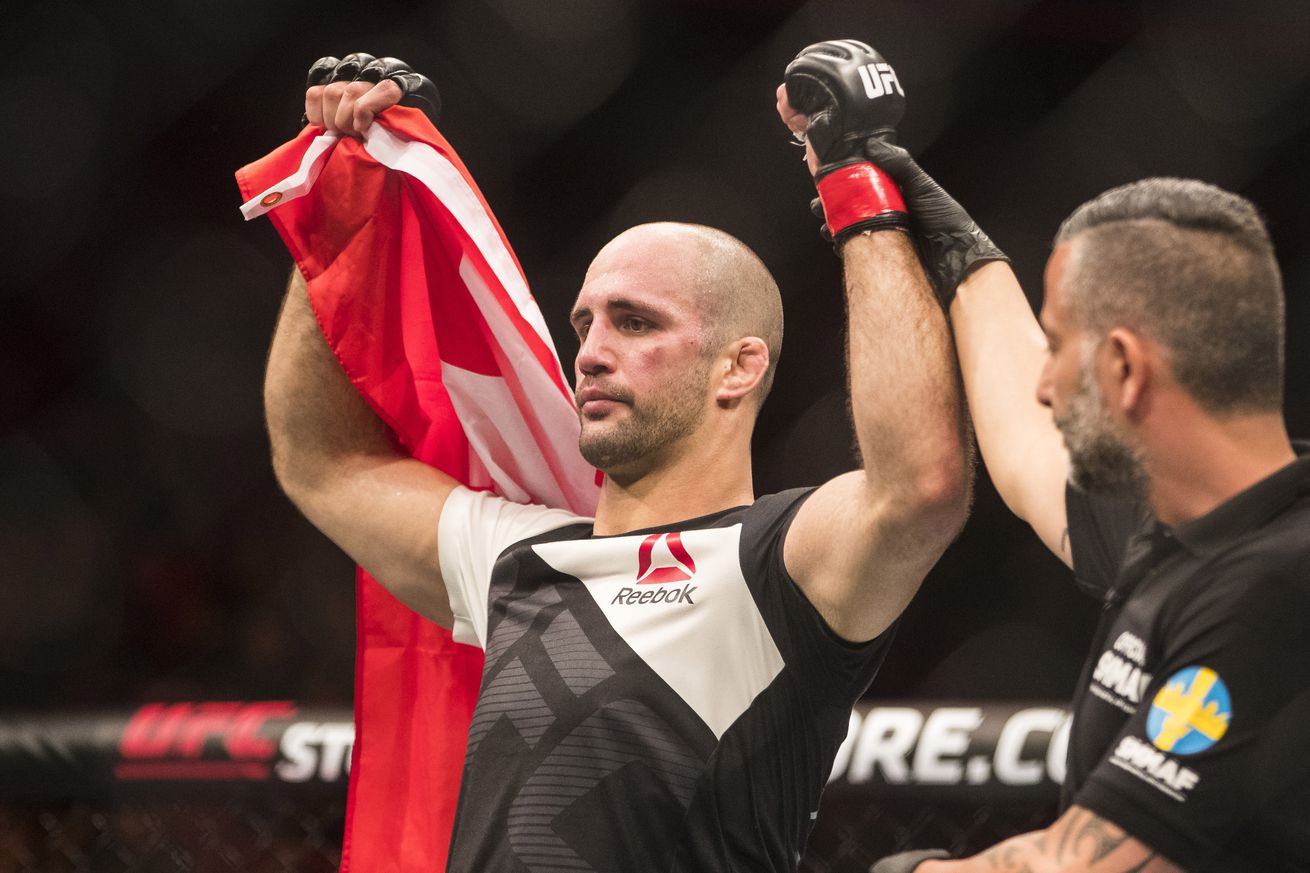 With three title fights on the docket later tonight (Sat., July 29, 2017) at UFC 214 live on pay-per-view (PPV) from inside Honda Center in Anaheim, Calif., a light heavyweight matchup between top contender Jimi Manuwa and Volkan Oezdemir is understandably being overshadowed. Manuwa was more or less put on the card as an insurance plan should Daniel Cormier or Jon Jones pull out of their main event rematch, while few UFC fans know who Oezdemir is and what he’s capable of doing.

Luckily for unsuspecting combat enthusiasts of all shapes and sizes, the Swiss striker has no issue reminding the forgetful exactly what he’s going to do against Manuwa.

“This fight will be a very exciting fight because we’re both in-range fighters,” Oezdemir said in a recent interview with BJ Penn Radio. “We like to bang, we don’t like to give up position, and we’re not trying to run away and try to score points. So it’s just going to be a really good fight, and an explosive fight. This is the kind of fight that’s not going to go past the first or second round. That’s what I’m going to do. I’m going to go full power, and I’m going to knock Jimi out in the first round.”

If Oezdemir can put a stop to “Poster Boy” in the very first round, he’ll be the first fighter to ever do so. Anthony Johnson and Alexander Gustafsson scored brutal knockout finishes of Manuwa in the past, but those came after a round of back-and-forth action. While Oezdemir will be looking to stop the Englishman as early as possible, the 27-year-old isn’t going to pass up other opportunities in the fight.

“I’m a standup guy,” Oezdemir said. “I like to bang, but as soon as I see an opportunity, I’m not going to waste it. It’s fighting, you know. If I wanted to do kickboxing I would have stayed doing kickboxing or K-1. I did a few fights in kickboxing, but what I really like is MMA. The game is mixed, but my goal in MMA is to knock somebody out, whether it’s on the ground or on my feet. I’m just going to try to put them away.”

Outside of the aforementioned Gustafsson, Manuwa is next in line to fight for the UFC light heavyweight title. If Oezdemir can step up and defeat the knockout artist in just his third Octagon appearance, he’d have to take Manuwa’s spot in line as 2018 nears.

For what it’s worth, Oezdemir has never been stopped by strikes.

MMAmania.com will deliver LIVE round-by-round, blow-by-blow coverage of the entire UFC 214 fight card, starting with the Fight Pass “Prelims” matches online, which are scheduled to begin at 6:30 p.m. ET, then the remaining undercard balance on FXX at 8 p.m. ET, before the PPV main card start time at 10 p.m. ET.