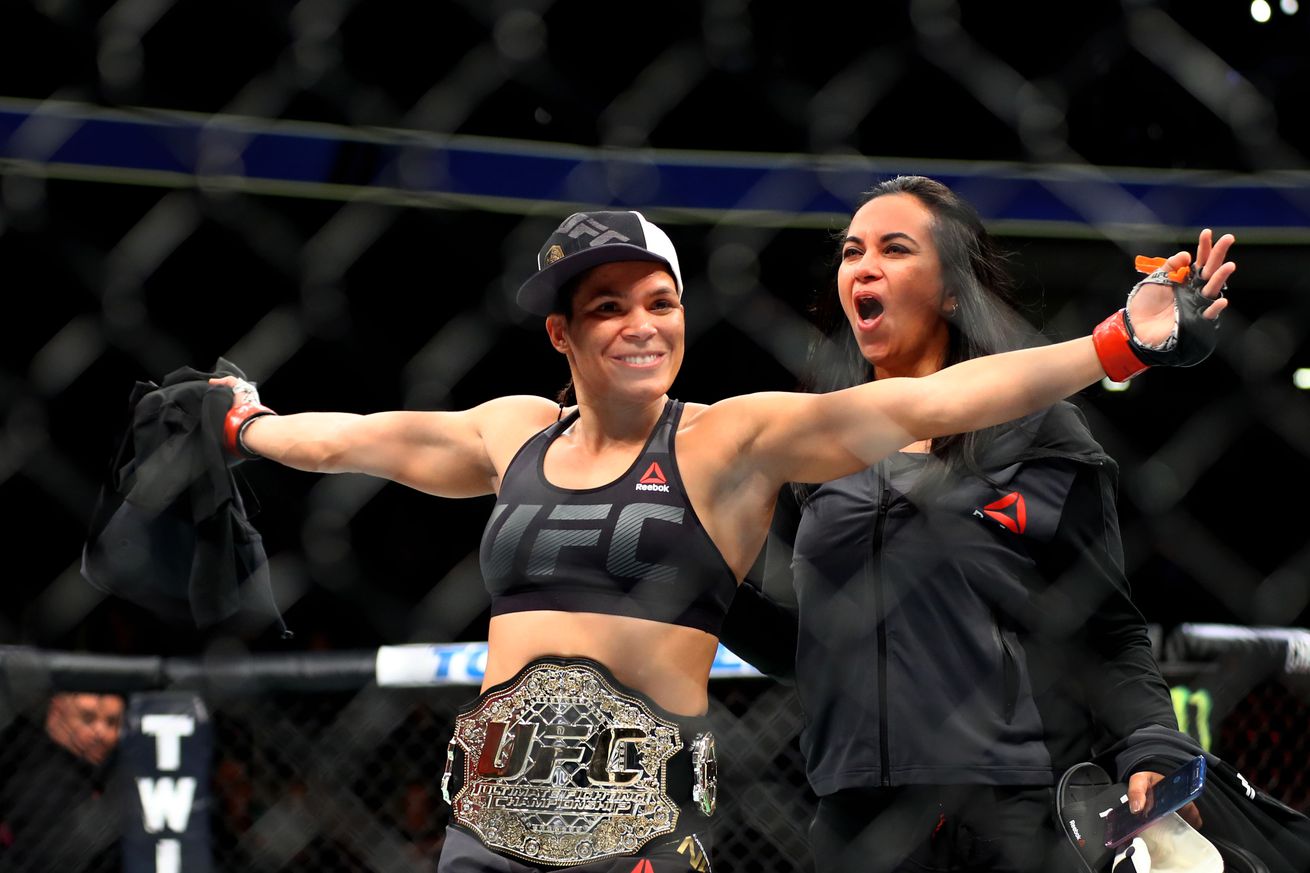 All of the attention will be placed back on UFC women’s bantamweight champion Amanda Nunes later tonight (Sat., Sept. 9, 2017) at UFC 215 live on pay-per-view (PPV) from inside Rogers Place in Edmonton, Alberta, Canada, when she puts divisional gold on the line against world-class striker Valentina Shevchenko.

Nunes, who captured the 135-pound crown back at UFC 200 with a submission win over Miesha Tate and then defended it in a 48-second knockout of Ronda Rousey back at UFC 207, has been put on blast after pulling out of her scheduled rematch with Shevchenko at UFC 213 this past July. Not only has Nunes had to defend her decision to withdraw after being cleared to fight, but UFC president Dana White guaranteed that the 29-year-old Brazilian would never headline a UFC event again.

White intended to keep that promise until Ray Borg was forced out of his UFC 215 main event bout with UFC flyweight champion Demetrious Johnson, forcing the promotion to slot Nunes vs. Shevchenko 2 in the headlining slot.

When Nunes enters the Octagon later this evening in Edmonton she will have the opportunity to put a bad 2017 campaign behind her and regain her divisional prestige. The only problem is that Nunes is facing one of the best female fighters in the world today. While “Lioness” defeated “Bullet” back at UFC 196 via unanimous decision, the rematch at UFC 215 will be a five-round affair and feature a much-improved version of Shevchenko, who has successively defeated former UFC champion Holly Holm and top contender Julianna Pena.

If Nunes is able to get past Shevchenko again and prove that her cardio issues from their initial meeting last year are no longer a problem, she’ll further separate herself from the rest of the pack at 135 pounds. A dominant title defense opposite “Bullet” could propel Nunes up the pound-for-pound rankings even further, and would ultimately signify the arrival of a perennial champion.