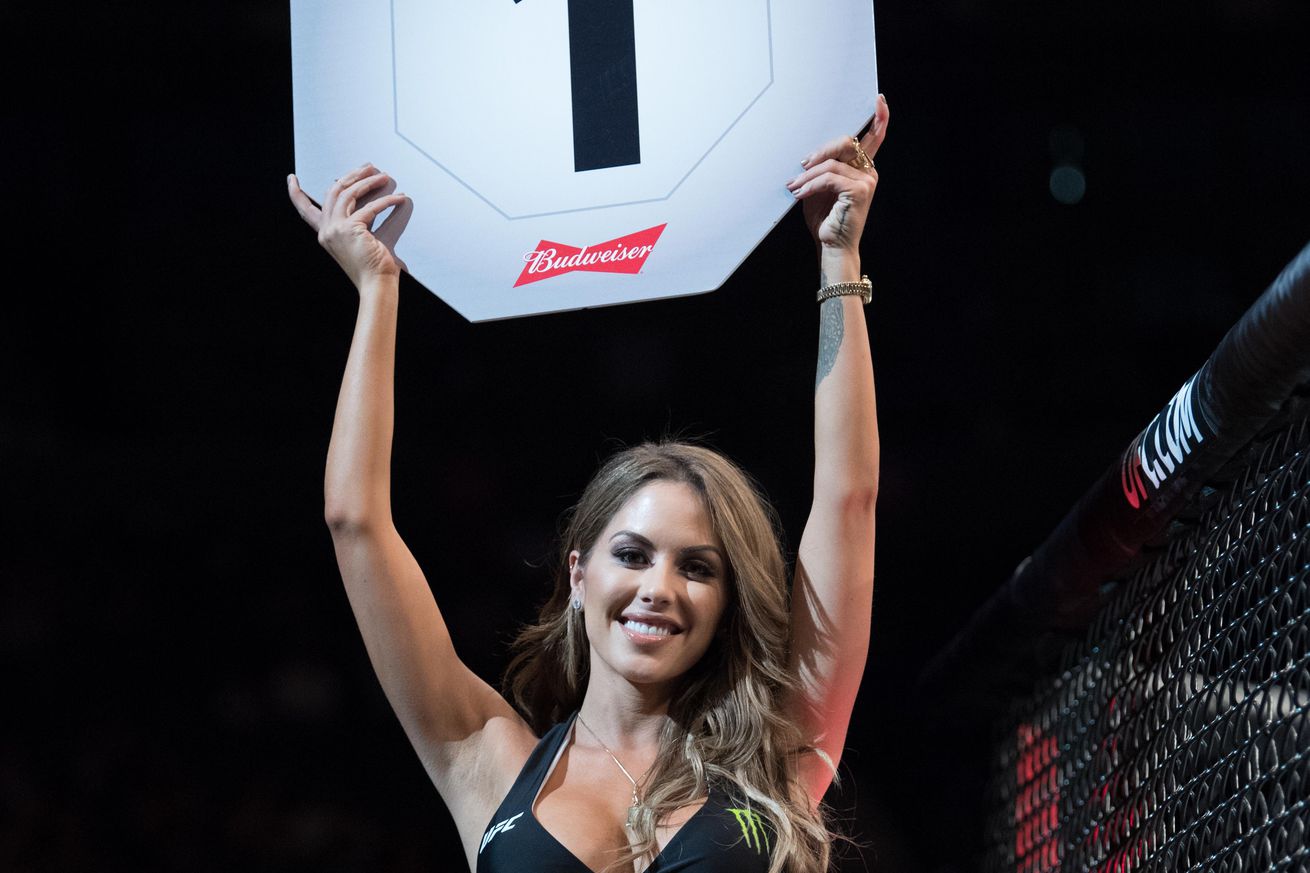 Ultimate Fighting Championship (UFC) is bringing a bevy of “Prelims” fights to both UFC Fight Pass and FOX Sports 1 this weekend (Sat., Sept. 9, 2017) when UFC 215: “Johnson vs. Borgrg” storms Rogers Place in Edmonton, Alberta, Canada. MMAmania.com’s Patrick Stumberg kicks off the UFC 215 “Prelims” party with the first installment of a two-part undercard preview series below.

History is within Demetrious Johnson’s reach …

Ten pounds north, Amanda Nunes looks to defend her women’s Bantamweight belt a second time against rival Valentina Shevchenko, whom she was set to fight at UFC 213 before pulling out with sinus issues. UFC 215’s pay-per-view (PPV) main card will also feature a quality Welterweight showdown between Neil Magny and Rafael dos Anjos, plus a Light Heavyweight clash between Ilir Latifi and prospect Tyson Pedro.

It’s been six years since Mitch Clarke (11-4) debuted in UFC with a technical knockout loss to John Cholish. A narrow loss to Anton Kuivanen gave way to two straight wins, including a phenomenal upset submission of Al Iaquinta, but he enters the cage on the heels of consecutive losses to Michael Chiesa and Joe Duffy.

This will be his first fight in 14 months and just his second since April 2014.

After a 2-2 run as a UFC Featherweight, which included a “Performance of the Night”-winning knockout and a decision over Artem Lobov, Alex White (11-3) made the jump to Lightweight in January. He took on rising prospect Tony Martin in his 155-pound debut and suffered a unanimous decision loss.

He owns five wins by submission and four by (technical) knockout.

White did better than I thought he would against Martin, but he also struggled with the extremely raw Clay Collard. It’s also worth mentioning that his two UFC wins came against Artem Lobov and Estevan Payan, the latter of whom went on to lose six of his next eight.

Clarke is a strong grappler when he can find his way to the cage and White could have some issues with his size. The Canadian ekes out a win on his home turf with a strong top game.

Luis Henrique (10-3) had the misfortune of welcoming Francis Ngannou to UFC in 2015, suffering a brutal knockout loss midway through the second round. Consecutive submission wins over Dmitry Smolyakov and Christian Colombo proved he belonged in UFC, though Marcin Tybura proved too stiff a test in March.

At 24, he is seven years his opponent’s junior.

Arjan Bhullar’s (6-0) wrestling career saw him win bronze at the Pan American Games, win gold at the Commonwealth Games, and represent Canada at the 2012 Olympics. He made his mixed martial arts (MMA) debut in 2014 and earned a regional Heavyweight title on his way to UFC.

Half of his professional wins have come by form of knockout.

There’s not much MMA footage of Bhullar out there besides highlights, but I’m leaning toward him anyway. Henrique just doesn’t seem to have a Plan B when the takedown’s not there and, though those two UFC wins were impressive, it’s worth noting that Smolyakov and Colombo are among the worst in the division. Bhullar’s on a different level wrestling-wise and, importantly, has experience going five rounds.

Henrique has size, youth and experience, but Bhullar’s lived the grind for longer. He outgrapples the Brazilian for a victorious debut.

Kajan Johnson (21-12-1), representing his native Canada, reached the semifinals of The Ultimate Fighter (TUF): “Nations” before winding up on the wrong end of the season’s best knockout against Chad Laprise. He’s gone 2-1 in UFC itself, rebounding from a debut loss to Tae Hyun Bang with decisions over Lipeng Zhang and Naoyuki Kotani.

This will be his first fight in nearly two years.

Adriano Martins (28-8) entered UFC on an 11-1 run and promptly dispatched Daron Cruickshank with a bonus-winning straight armbar. He fell to Donald Cerrone his next time out, but won three straight and earned two bonuses before dropping a split decision to Leonardo Santos last October. He owns thirteen wins by form of knockout.

This fight more or less comes down to how busy Martins decides to be. He has more than enough power to crack Johnson’s shaky chin and figures to be the superior grappler. That said, he had all the tools to beat Santos, too, but gave the fight away by simply not doing enough.

Hopefully, the Santos loss will serve as a wake-up call. Johnson doesn’t have the firepower to dent Martins or the wrestling to put him in any bad spots. Martins finds Johnson’s chin partway through the first round.

MMAmania.com will deliver LIVE round-by-round, blow-by-blow coverage of the entire UFC 215 fight card, starting with the Fight Pass “Prelims” matches online, which are scheduled to begin at 6:30 p.m. ET, then the remaining undercard balance on FOX Sports 1 at 8 p.m. ET, before the PPV main card start time at 10 p.m. ET.