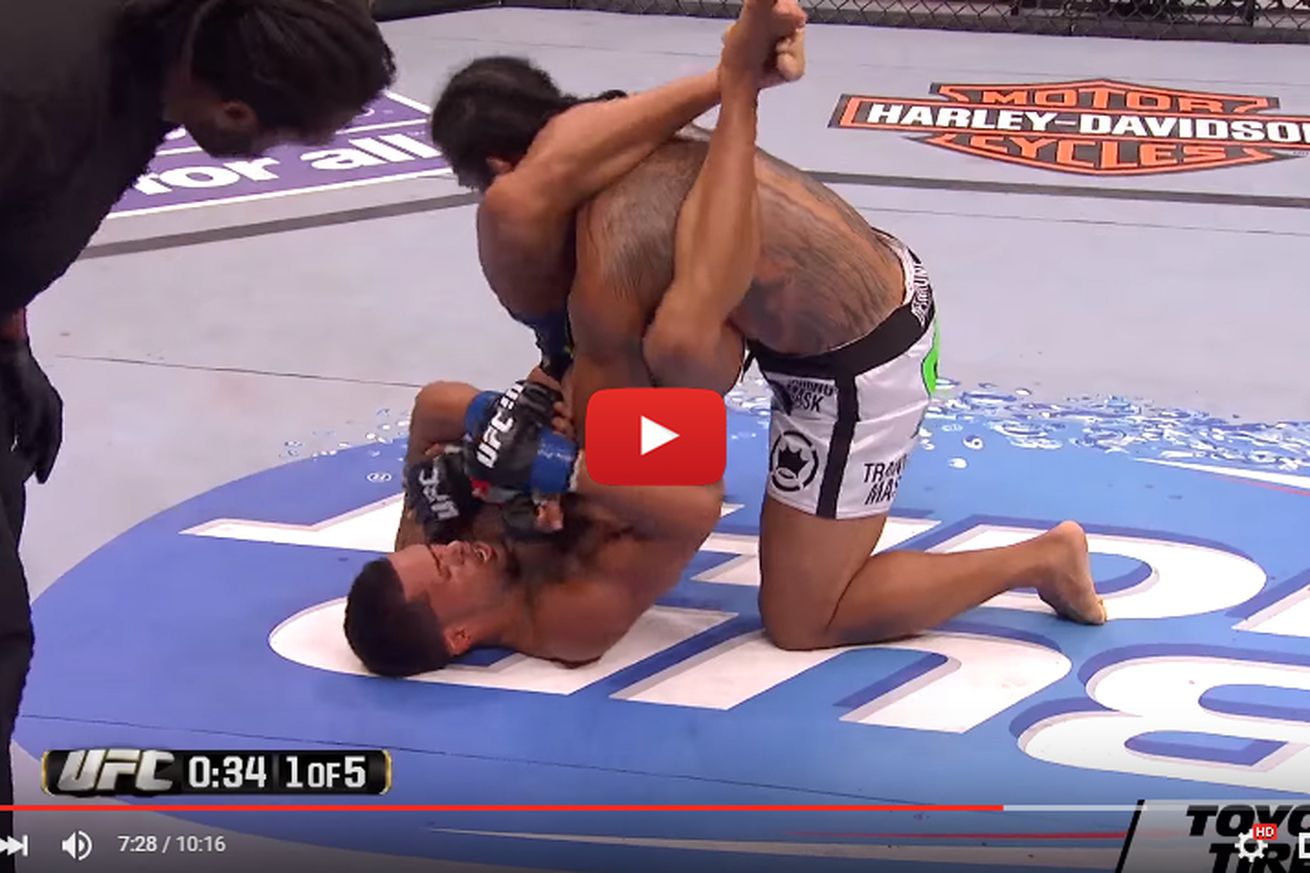 Ultimate Fighting Championship (UFC) bantamweight champion TJ Dillashaw, along with UFC Fight Night 81 headliner Dominick Cruz, have been spending the better part of their lead-in to this Sunday night’s (Jan. 17, 2016) showdown yapping about who is the better striker.

Similarly, the FOX Sports 1 co-main event also features two outstanding sluggers in the form of Anthony Pettis and Eddie Alvarez. Combined, they share 21 wins by way of knockout/technical knockout. Pettis (18-3) sharpens his blade under the tutelage of Duke Roufus, while Alvarez (26-4) pounds pads under the watchful eye of Rami Ibrahim.

But there’s no guarantee their contest, which goes down inside TD Garden in Boston, Mass., will remain upright.

As good as he is on the feet, Pettis is equally dangerous on the ground, racking up eight wins by way of submission. Not only was he the first fighter to ever submit Gilbert Melendez, who went 10 years and 25 fights without tapping out, “Showtime” also forced Ben Henderson to quit at UFC 164.

A victory that crowned him king of the lightweight division.

He would surrender that title following his upset loss to Rafael dos Anjos at UFC 185, but the 28-year-old veteran has plenty of miles left on the tires and could be right back in “the mix” with a dominant performance this weekend in “Beantown.”

Wherever the fight happens to take place.