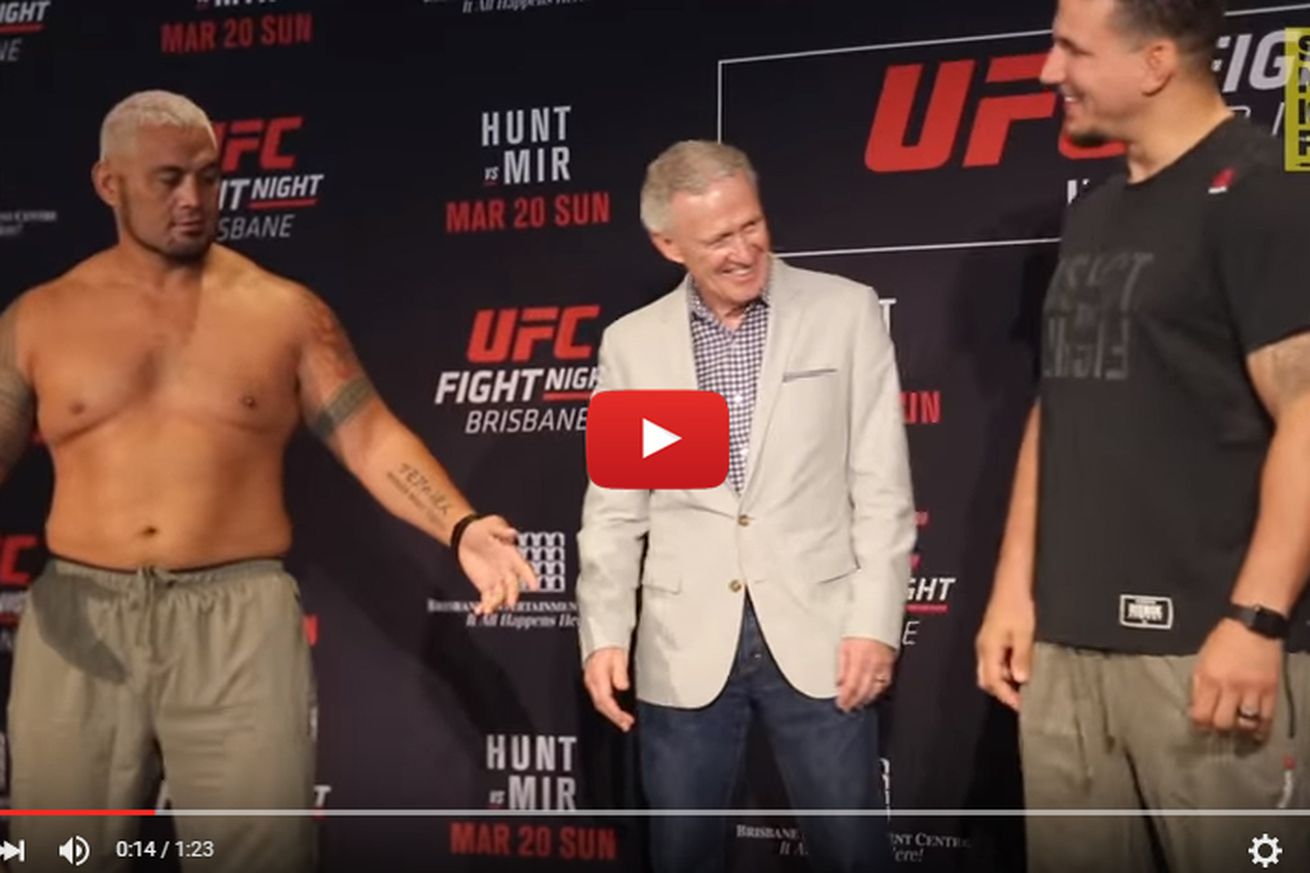 There’s nothing worse than making plans with your boy, then showing up at the same place dressed exactly alike.

And all due respect to Hector Lombard, who returns to mixed martial arts (MMA) action in the UFC: “Brisbane” co-main event, but he looks like that guy from the Little Couple on TLC when standing next to Neil Magny.

MMAmania.com will deliver LIVE round-by-round, blow-by-blow coverage of the entire UFC Fight Night 85 fight card on fight night (click here), starting with the Fight Pass “Prelims” matches online, which are scheduled to begin at 7 p.m. ET, and then the remaining undercard balance on FOX Sports 1 at 8 p.m. ET, before the main card start time at 10 p.m. ET, also on FOX Sports 1.

To see who else is fighting at UFC “Brisbane” click here.