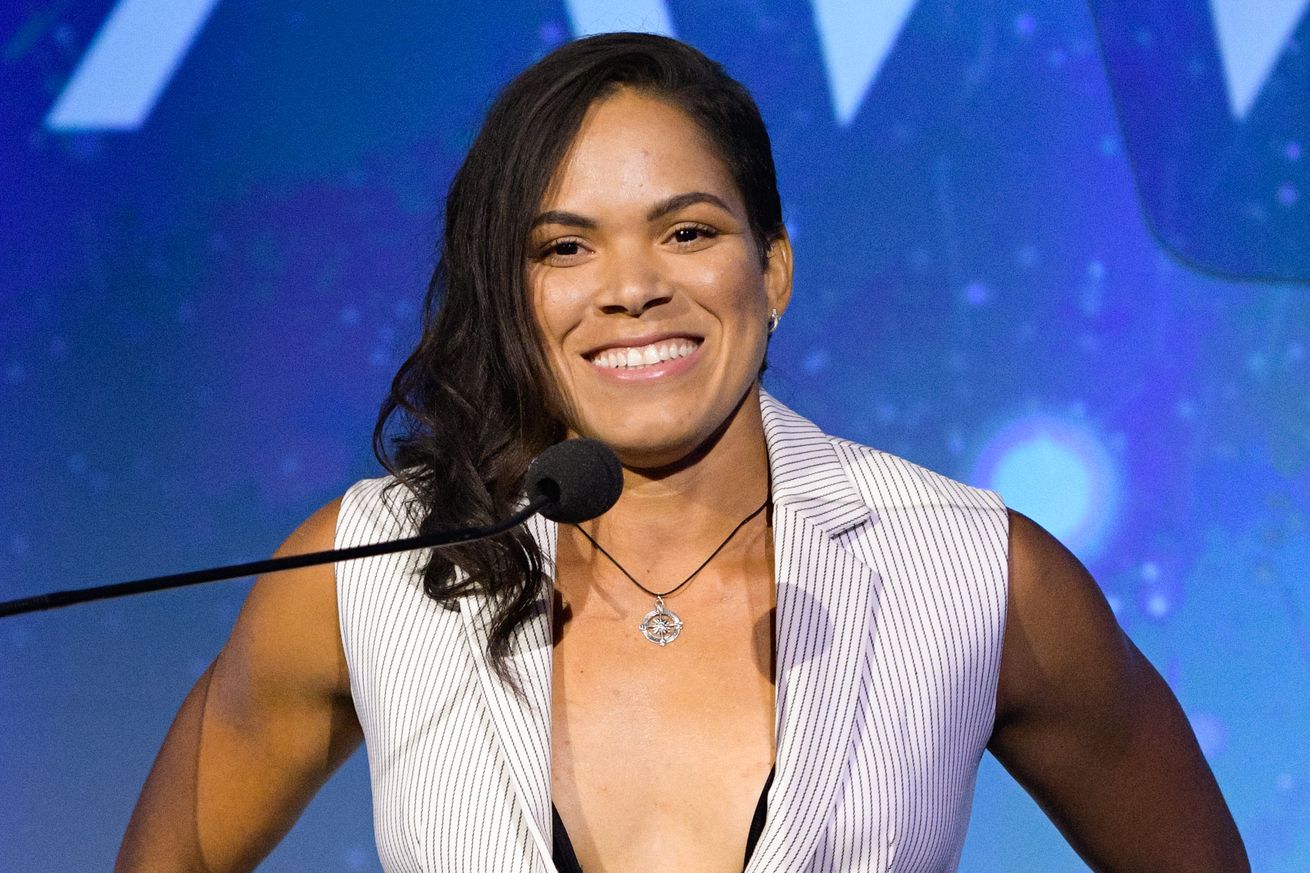 “When people find out how strong and powerful love is, then this world will be a better place,” Nunes said in her acceptance speech, helpfully transcribed by MMA Fighting.

“I want to see this happen one day. I’m going to do everything I can to support this community with a positive presence by sharing my love and showing everyone that I’m happy. My dream has come true and I want to share this with everyone and help a lot of people be themselves. I’m going to keep doing it until the world is better.”

Equality California is the nation’s largest statewide lesbian, gay, bisexual, and transgender civil rights organization, according to the official website, dedicated to creating a fair and just society.

Nunes (13-4) has yet to make her first title defense; however, the promotion is expected to make a decision over the next few weeks. Leading the list of contenders is Julianna Pena, though “Venezuelan Vixen” may be forced to give way if Ronda Rousey makes a surprise comeback.