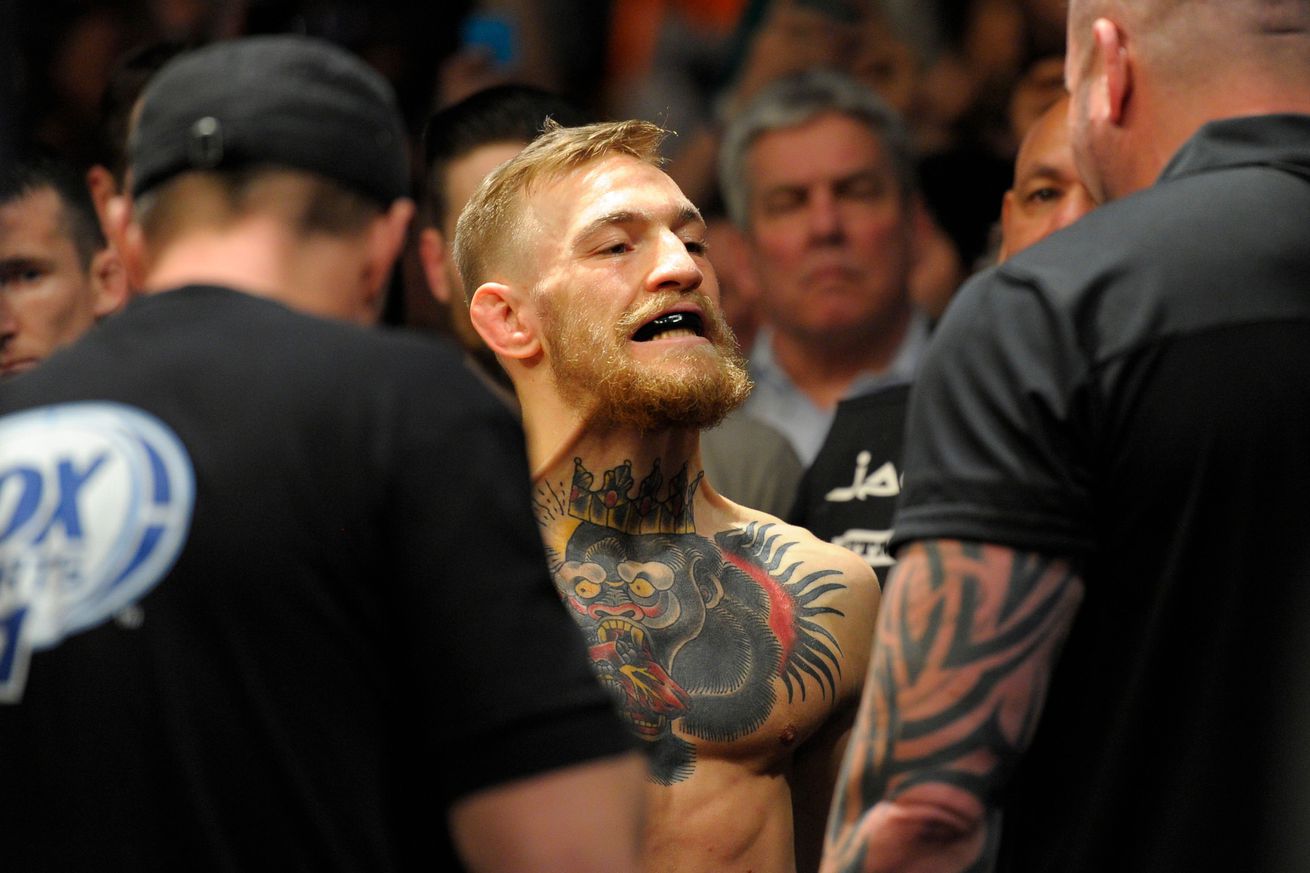 Watch them get wet right here.

“Notorious” was able to avoid any time away from the fight game, but was fined a whopping $150,000, which amounts to five percent of his $3 million purse from UFC 202, and forced to perform 50 hours of community service.

Not that he’s planning on writing a check anytime soon.

According to a recent report from MMA Junkie, McGregor — previously bullish on his commitment to said penalty — filed a petition for judicial review naming NSAC Executive Director Bob Bennett and the NSAC as respondents.

A hearing date has yet to be determined.

Not that McGregor is in any rush. Shortly after he stopped Eddie Alvarez at UFC 205 to capture the lightweight crown last month in New York, the heavy-handed Irishman announced a 10-month leave of absence to care for his upcoming baby.