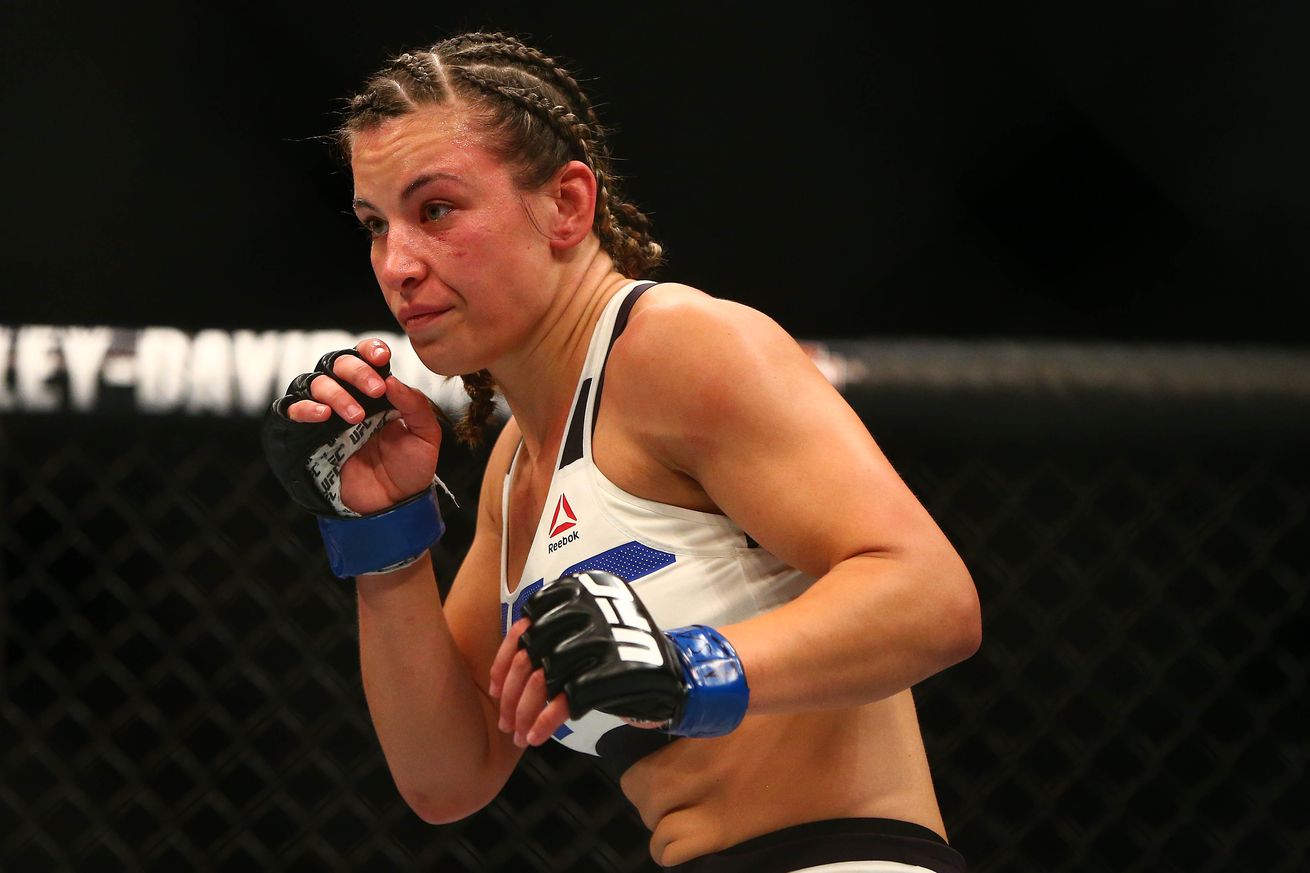 Miesha Tate will attempt to successfully defend her Ultimate Fighting Championship (UFC) women’s Bantamweight title for the first time when she meets Amanda Nunes at UFC 200 on July 9.

It has been nearly four months since “Cupcake” defeated Holly Holm at UFC 196 via fifth-round submission to earn the 135-pound title. Tate was outmatched for the majority of the fight, but still managed to pull out the legendary finish with just minutes to spar.

Seeing as Tate is in the pinnacle of her career and finally competing in the high-profile fights she was meant to headline, the Bantamweight champion is already looking towards a future of time off and additional title defenses in 2016.

“I know I want to take a little time to enjoy myself,” said Tate during a media call earlier this week (h/t MMA Fighting). “I went straight from my camp with Holly, straight into Bryan [Caraway]’s camp against Aljamain Sterling, and then straight into this camp, which has been awesome to keep that great momentum going. I’m really happy about that, but, you know, my birthday is in August, and I would like just to take a little bit of time. I think a November or December return would be reasonable.”

Tate must first get past the wily striking of Nunes, but a potential return in November or December could land her on the second biggest card of the year, UFC 205, which will take place at Madison Square Garden in New York City.

“I’ll be taking that as it comes,” added Tate regarding a potential cut off date for accepting a fight with Ronda Rousey. “I’ll be able to give that a little more thought after this fight on July 9, ….View full article