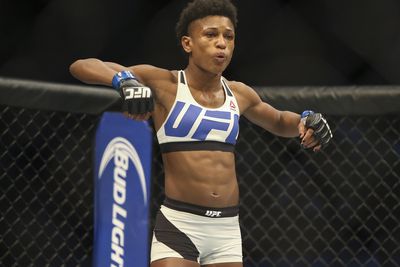 Unfortunate, but probably not surprising.

Last year in April I had my first MMA fight. Two days later I flew out to Vegas and tried out for The Ultimate Fighter. It’s been a roller coaster ride and I proved to myself how strong I could be through the shittiest situations. After two losses to top five ranked opponents I got the call that I’ve been released from the UFC. It’s bittersweet, but I’ll hopefully be able to stay more active outside the octagon and gain the XP I need to make my way back to that belt.

Hill (2-2) was bounced from the FOX Sports 1 reality show with a submission loss to Carla Esparza, but was invited back to TUF 20 live finale and captured a unanimous decision win over Emily Kagan. “Overkill,” however, faltered in follow-up fights to Tecia Torres and Rose Namajunas.

No doubt a torrid win streak on the regional ….View original article