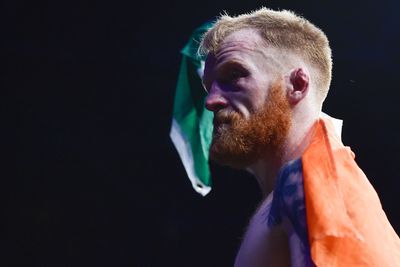 According to UFC President Dana White, flyweights Paddy Holohan and Louis Smolka will now be featured in the co-headlining slot of the Oct. 24 card, replacing a lightweight bout between Norman Parke and Reza Madadi.

Holohan vs Smolka is now the co-main event in Dublin! Here’s the Paddy vs Sampo fight from the last Dublin show http://t.co/jDaezqzZWa

Neither of those matchups was initially slated for the co-main event role.

When the UFC Fight Night 76 card was originally announced, a high-profile heavyweight tilt between Ben Rothwell and Stipe Miocic was expected to complement the main event between Dustin “The Diamond” Poirier and Joseph Duffy. Miocic, however, pulled out of that fight with an injury, and the UFC didn’t find a replacement, forcing Rothwell off the card altogether.

In the wake of that switch-up, the UFC announced Parke vs. Madadi as the new co-main event Wednesday, a decision that was overturned Thursday evening in favor of the Holohan vs. Smolka matchup.