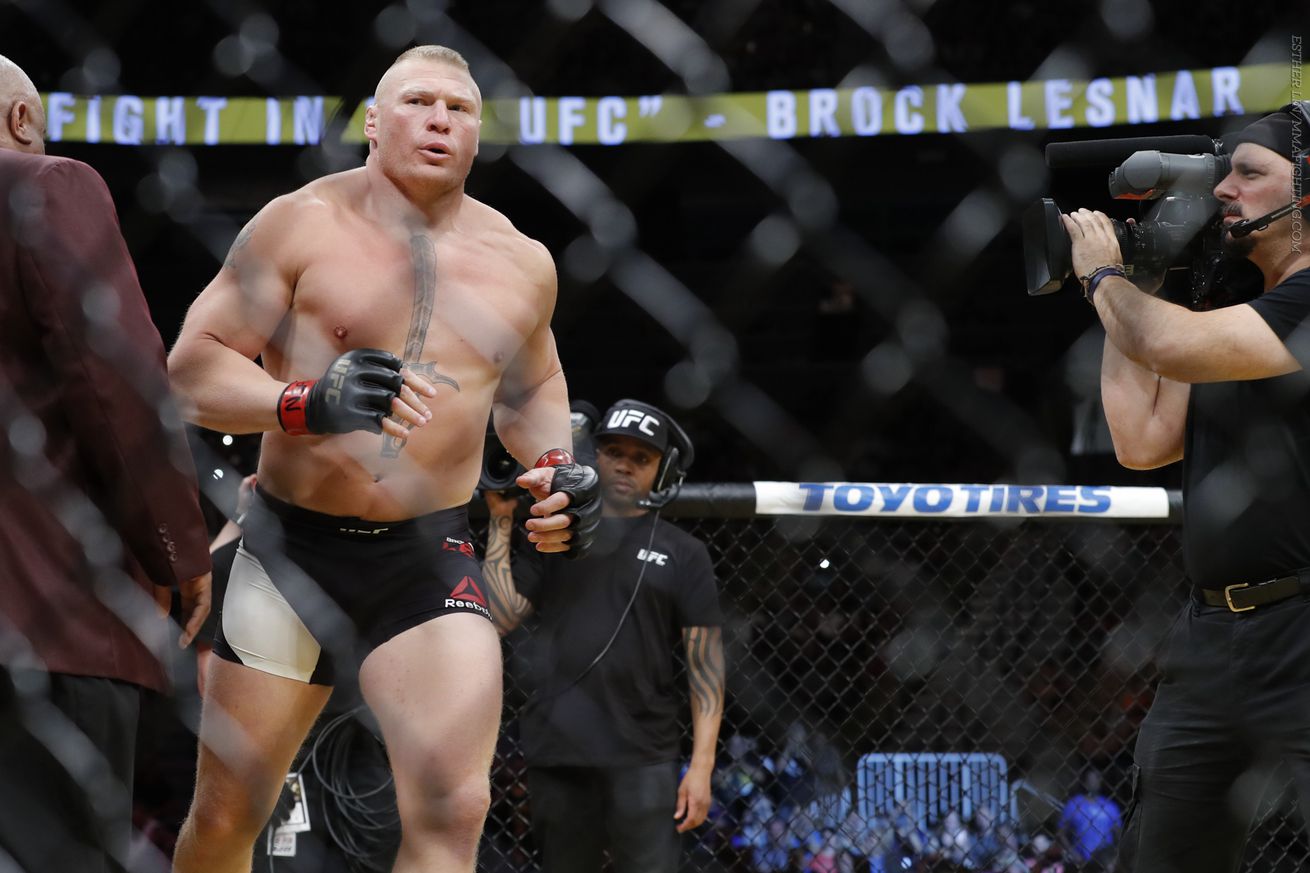 The talk of a Brock Lesnar UFC comeback can cool its jets.

Lesnar has not re-entered the USADA drug-testing pool, which would pave the way for an Octagon return, UFC vice president of athlete health and performance Jeff Novitzky confirmed with MMA Fighting on Wednesday. The news was first published by MMAjunkie after multiple outlets reported Wednesday that Lesnar had re-entered the pool and was eyeing a comeback.

Lesnar’s one-year doping suspension is frozen until he does re-enter the pool. If he ever returns to the pool, via a written notice to the UFC and USADA saying he is out of retirement, Lesnar would still have more than six months remaining on his suspension, Novitzky said. So even if he re-entered the pool this week, Lesnar would not be able to fight again until 2018. Lesnar formally retired from the UFC and left the testing pool over the winter.

“If he ever re-entered the program, he’d have to serve [the duration of the suspension] before he’d be able to compete,” Novitzky said.

Last July, Lesnar tested positive for the prohibited substance clomiphene twice in relation to his UFC 200 fight with Mark Hunt. Both USADA and the Nevada Athletic Commission (NAC) suspended him one year, with the NAC also fining him $250,000 and overturning his win over Hunt to a no contest. The NAC suspension has expired, but Lesnar’s USADA suspension is frozen with him out of the drug-testing pool and the clock on it will only start again on it if he comes back in.

The UFC cannot waive Lesnar’s suspension, but they could, per policy, exempt Lesnar from the six months of testing required of an athlete returning from retirement.

However, the UFC and USADA caught a ton of flack last year for the UFC waiving the then-four months of testing required for a returning athlete prior to UFC 200 and Lesnar’s suspension has more than six months on it anyway. So the point is moot.

Lesnar, who had not fought since 2001 before last year, was only tested beginning one month before UFC 200 and ended up testing positive in a pre-fight test. The results did not return until after the fight, which has prompted Hunt to sue the UFC, USADA and Lesnar for racketeering and criminal conspiracy, among other claims.

Currently, Lesnar is WWE’s biggest star. Pro Wrestling Sheet reported Wednesday that the former UFC heavyweight and current WWE Universal champion was re-entering the pool to keep his options open when his WWE contract expires. But Novitzky said that Lesnar has done no such thing.

USADA not respond to an MMA Fighting inquiry about the matter Wednesday.