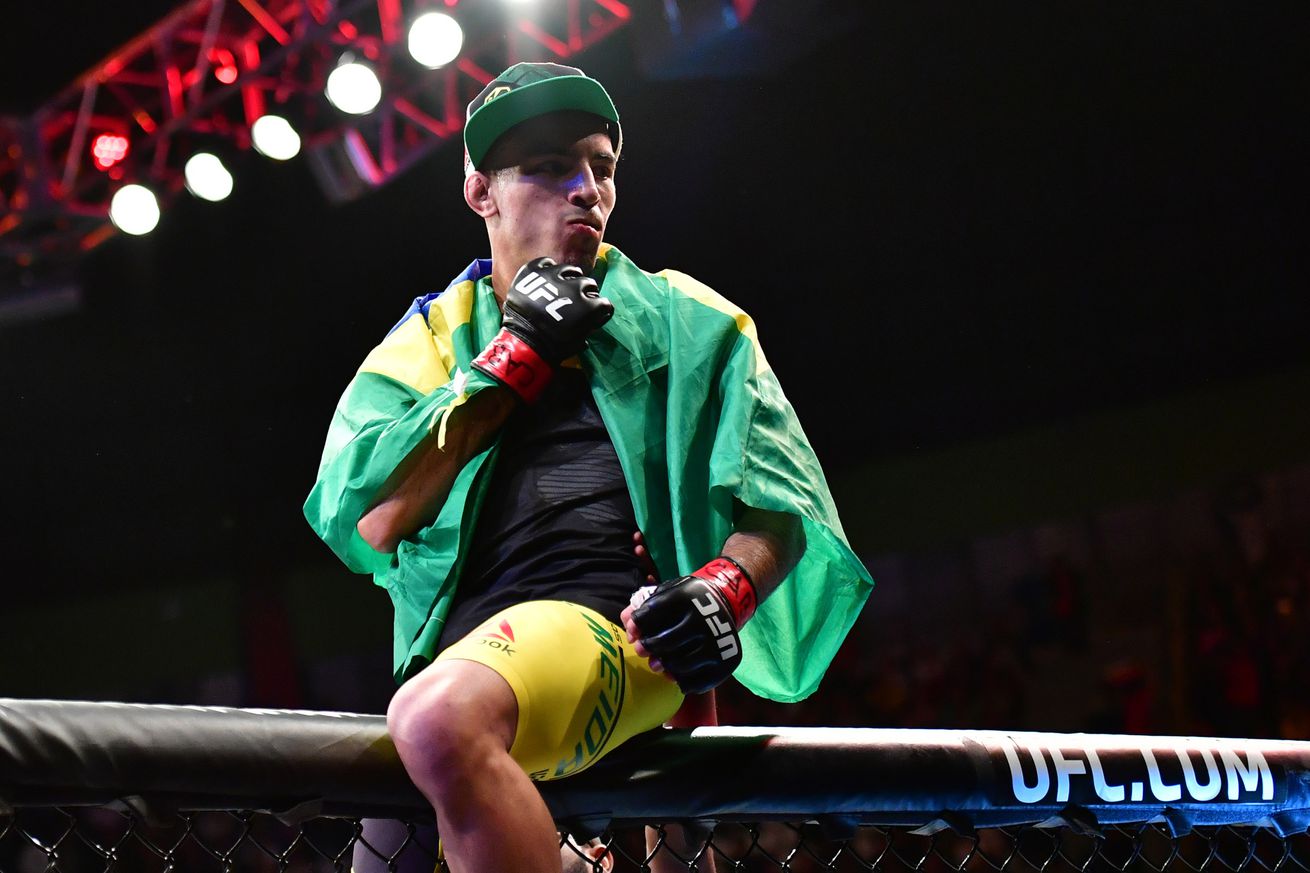 In the second event that Ultimate Fighting Championship (UFC) put forth this weekend, light heavyweight title contenders Ryan Bader and Antonio Rogerio Nogueira went to war last night (Sat., Nov. 19, 2016) at UFC Fight Night 100 live on FOX Sports 1 from inside Ginásio do Ibirapuera arena in Sao Paulo, Brazil. Bader would take advantage of the main event spot and batter the Brazilian to the tune of a third-round TKO.

Outside of the headlining stoppage, notable Octagon finishers like Thomas Almeida, Cezar Ferreira and Johnny Eduardo captured memorable performances in front of a wild Brazilian crowd. Not to mention another finish by heavyweight prospect Luis Henrique and light heavyweight newcomer Gadzhimurad Antigulov, who scored a 67-second submission win. In order to determine which fight performances stood out among the rest to earn an extra $50,000, we take a closer look at the official UFC Fight Night 100 bonus winners below:

Performance of the Night: Thomas Almeida

Performance of the Night: Cezar Ferreira

Performance of the Night: Gadzhimurad Antigulov

Performance of the Night: Pedro Munhoz