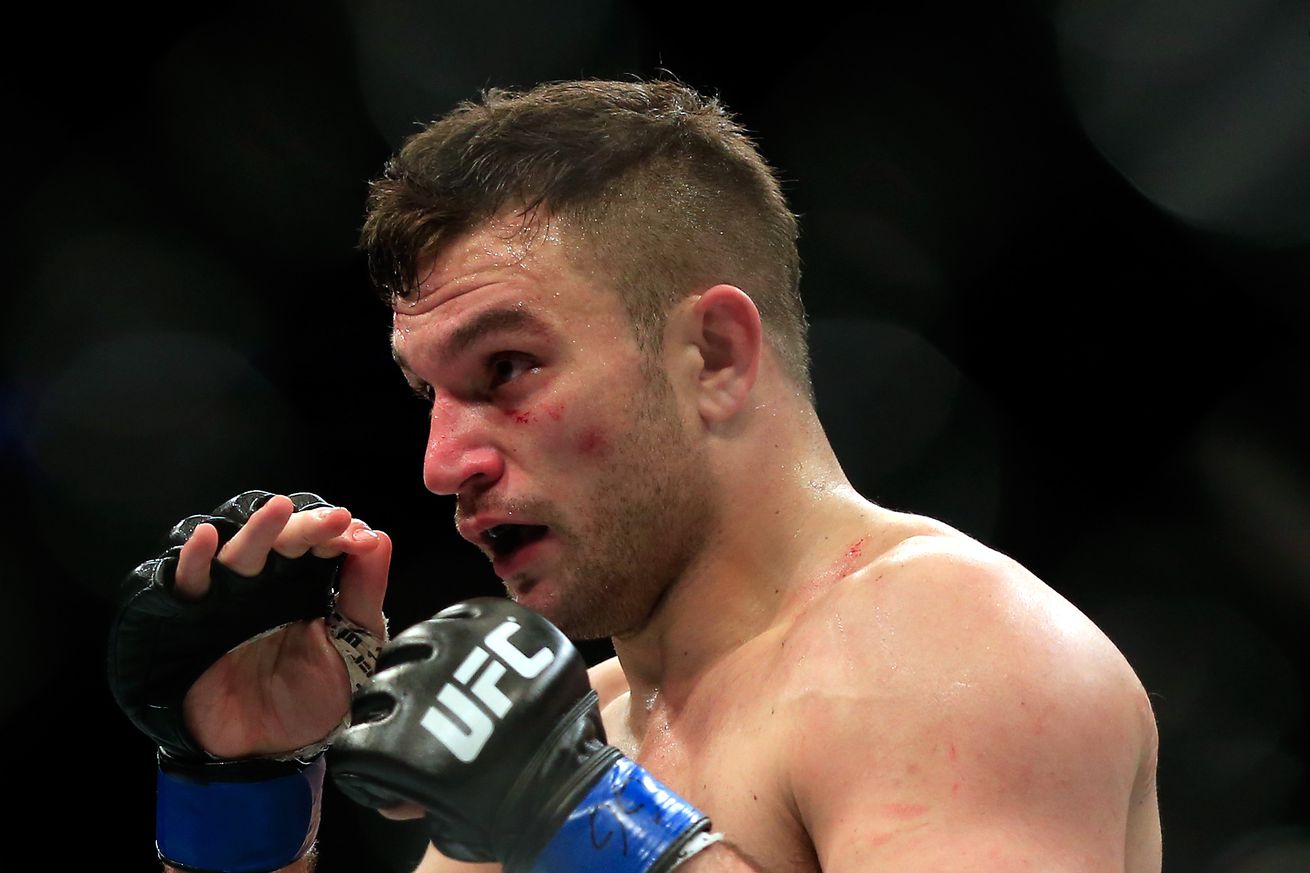 UFC Fight Night 102 medical suspensions for those athletes who competed at the “Lewis vs. Abdurakhimov” last weekend (Fri., Dec. 9, 2016) from inside Times Union Center in Albany, N.Y., were released earlier this afternoon via New York State Athletic Commission (NYSAC).

Leading the list of mandatory timeouts is No. 14-ranked Light Heavyweight, Gian Villante, who will have to sit on the sidelines “indefinitely” after his “Fight of the Night” winning performance over Saparbek Safarov. No reason was given; however, Villante revealed that he had an “abnormal” EKG before the fight and was ordered to get it double-checked after the match … at 3 a.m. ET.

In fact, several fighters on the card were unhappy with NYSAC, including Ashley Yoder and Ryan Janes — both of whom received stitches after their respective bouts (and landed on this report) — with Villante stating, “They suck!”

Nevertheless, check out the complete list of UFC Fight Night 102 medical suspensions below (courtesy of MMAFighting.com):

Just a quick reminder: Fighters often return to action much quicker once doctors — or in this case, NYSAC — give them the green light. The lengthy suspensions are just a precaution in most cases. In addition, not all injuries are recorded during the post-fight examination and often times surface in follow-up tests.