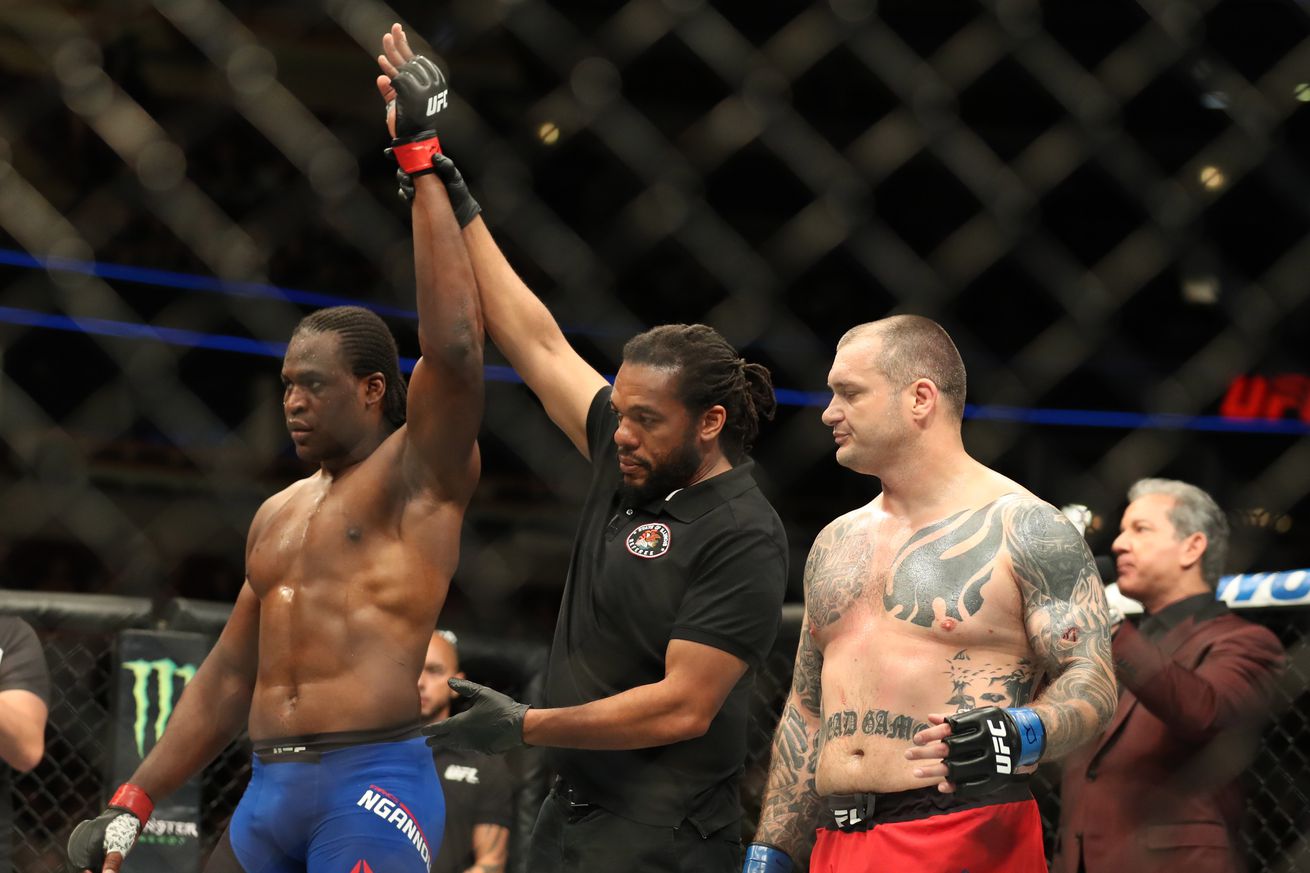 Ngannou entered this bout with the reputation appearance of a destroyer. The Heavyweight prospect was brutalizing his opponents, and he looked to continue that streak in “The Empire State.”

Hamilton has been hot-and-cold inside the Octagon, but the 260-pound wrestler landed a huge knockout in his last bout. Opposite the Frenchman, Hamilton was planning to come up big from his position as an underdog.

This one didn’t last long, but it also didn’t play out as most expected.

For the first minute or so, Ngannou patiently bounced around his opponent and watched. The first landed strike of the fight was a low kick, but Hamilton caught the kick and drove his opponent into the finish.

Ngannou displayed his elite athleticism by using the butterfly guard to roll his opponent and scramble to his feet. Hamilton clung to his back along the fence and moved to transition into a single leg, but Ngannou latched onto a kimura and wrenched his opponent to the mat.

Rather than abandon the hold from side control, Ngannou moved into knee on the belly. From there, his incredible strength allowed him to fold his opponent’s arm behind his back, finishing the hold easily.

Ngannou is a monstrous athlete. Few that even look at “The Predator” would argue that. However, Ngannou has really proven to be a technical and smart fighter, and that’s the reason he’s climbing the ranks so quickly. Additionally, Ngannou’s patience is an extraordinary trait. He’s obviously one of the most powerful fighters in the sport, but he picks his moments to attack very well. That helps ensure he won’t slow down, and it keeps him in position to defend takedowns.

Ngannou came into this bout as the No. 12-ranked Heavyweight in the world, and he definitely deserves a Top 10-ranked fighter following this victory. Like he said, any of them would work, but Travis Browne or Andrei Arlovski would make the most sense.

In all likelihood, it won’t be long until Ngannou is in the title hunt.

As for Hamilton, he ran into an absolute beast here. He was smart to take advantage of that early low kick with the takedown, and hanging on in the clinch wasn’t a bad idea either. Really, Hamilton’s only mistake was not disengaging sooner. He allowed his opponent to work for the grip, not realizing that if Ngannou secured it that the fight would be over.

Most fighters simply cannot finish the shoulder lock from that position.

At any rate, Hamilton continues to alternate wins and losses. He seems to be improving, but it’s difficult to say for sure unless he’s able to string together some wins. He’s back to the drawing boards now, as Hamilton will be forced to take a step back in competition.

At UFC Fight Night 102, Francis Ngannou submitted his opponent in the first. How high is the Frenchman’s ceiling?