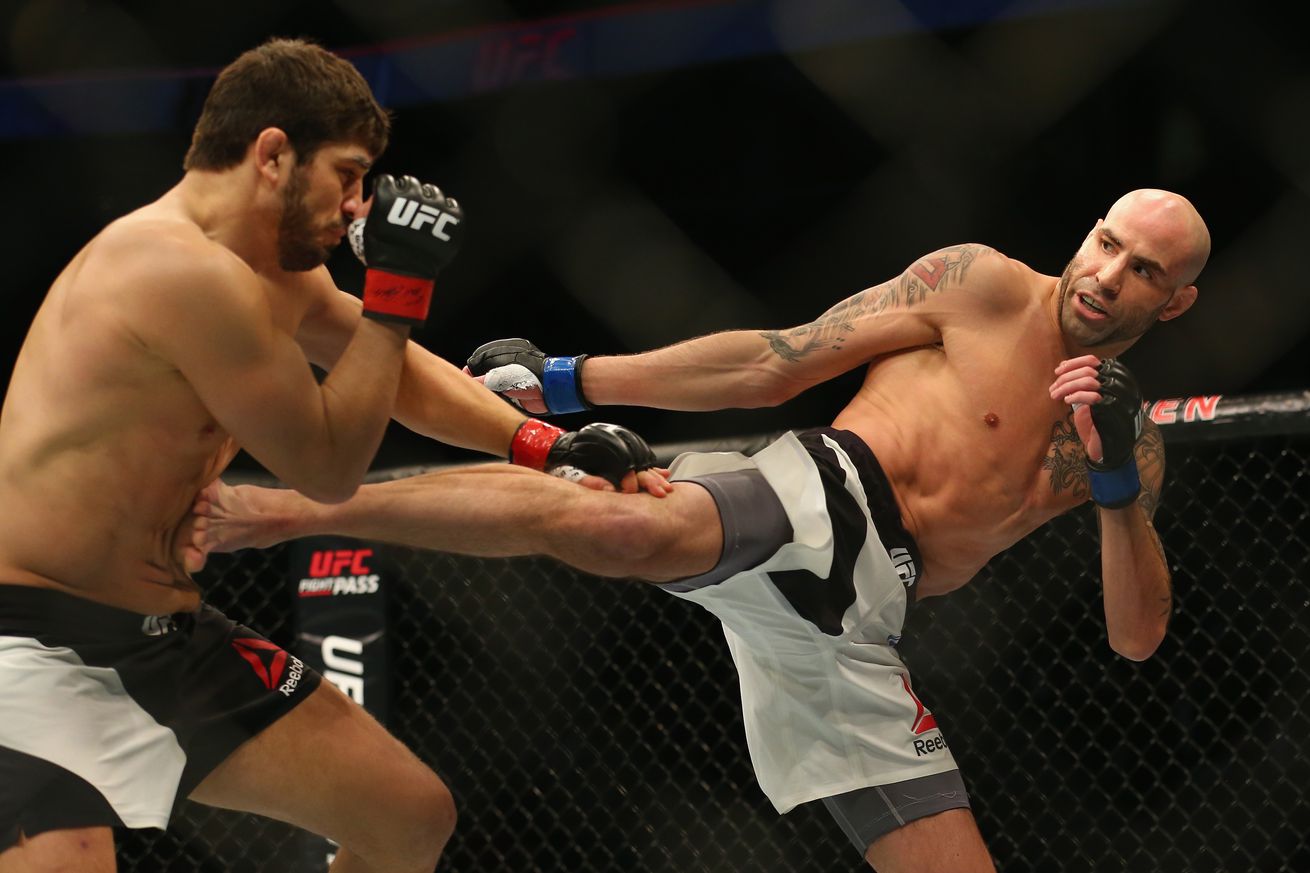 McGee came out aggressive, but Saunders landed a knee while McGee landed some dirty boxing. Saunders hit a body kick. McGree returned it, then tried to jab his way into the inside. He grabbed a Thai plumb briefly. McGee ate another body kick. He landed a head kick on Saunders, then a combination. Whenever McGee pressed forward too aggressively, Saunders grabbed a Thai clinch and looked to open up with knees and elbows. Saunders landed more of those body kicks, a primary weapon from southpaw. McGee pressed forward, looking to flurry as the round ended. It was a close round, with commentator Daniel Cormier giving the edge to Saunders.

Round two opened with a rapid exchange, each fighter throwing punches. They exchanged body kicks that landed off the arms. McGee pressured with swarms of hooks. Saunders just missed a knee to the head. McGee dove into the clinch, pressing Saunders against the cage, then broke away. They circled, and Saunders landed a nice jab, then a body kick. McGee whiffed a headkick. He grabbed a bodylock, then broke away. McGee kept throwing long combinations, then pinned Saunders against the cage with a bodylock. Saunders used a knee shield to defend himself, landing slapping shots as McGee dug to the body with short shots. They exchanged kicks as the round ended. Another very close round, which Cormier had for McGee by the narrowest margins.

In the third round, McGree pressed forward again with hooks and overhands, while Saunders looked to clinch and land knees. Saunders hit a nice rear straight, then several body kicks as he sensed an advantage. McGee pressed forward, and after whiffing several shots seemed to hurt Saunders with a rear straight. He followed up with a combination, and landed a nice hook, then a spinning backfist off the gloves of Killa B. McGee looked for a takedown off a bodylock, and after a struggle against the cage put Saunders on his back. Saunders switched to half guard, then butterfly. McGee postured up, landing ground and pound inside the guard. Saunders attempted to work his signature rubber guard with less than a minute left on the clock. McGee held position, then advanced to half guard, landing elbows as the round ends.

In the post-fight interview, Saunders shouts out MMA Mania and promises to be better next time.