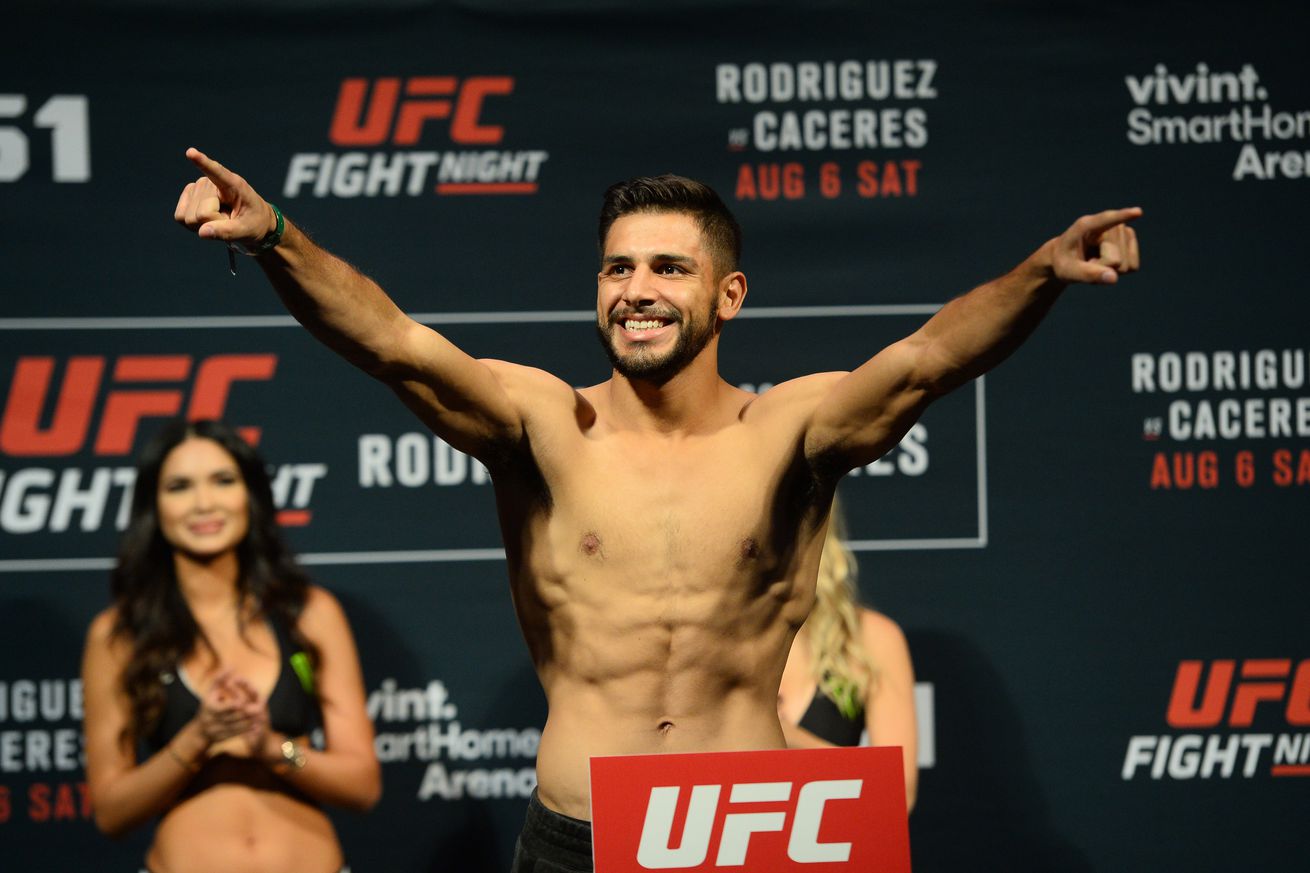 After five straight wins inside the Octagon, Yair Rodriguez earned the biggest fight of his young mixed martial arts (MMA) career, as he is set to face former two-division champion BJ Penn at the upcoming UFC Fight Night 103 event on Jan. 15, 2017 in Phoenix, Arizona.

That said, contrary to what Penn may believe in regards to “El Pantera” allegedly asking the promotion for the fight, Yair says he never sought the bout, he simply accepted it when offered to him.

“B.J. is saying that I asked for this fight, and I never asked for this fight,” Rodriguez said. “I don’t know who told him that. The UFC just offered me the fight, and I said yes, so here we are, preparing ourselves to get in a war on Jan. 15. I don’t know who told B.J. that I was asking for the fight, but he is wrong,” he recently told MMA Junkie.

“I actually never knew that he was coming back from his retirement until the UFC offered me the fight, so here I am, fighting B.J.”

There were those who were calling for a “legend vs. Legend” fight, however, those calls fell on deaf ears as Rodriguez was the lucky winner the Penn sweepstakes. With a big opportunity ahead of him, Yair hopes to make he best of it, as he feels a win over the Hall of Famer will put him a great position in the title race.

“Fighting B.J. Penn is a pretty big deal,” Rodriguez said. “He’s already a two-time world champion in two different weight classes, so it makes it a pretty big deal for me, a pretty big test for my career. It’s a good opportunity to be tested by the UFC and see if they want to give me the title shot soon or not. I think this fight puts me in a good position for that title shot if I win,” he stated.

But he isn’t putting the cart before the horse, as he knows he has a hue task at hand, as Penn’s experience is something he doesn’t have, but is confident in his skill set to get the job done.

“First of all, I have to win against a legend. But he’s not just a legend, he’s a real life, bone-and-muscle guy in front of me trying to rip my head off. He has a lot of experience. He’s in the Hall of Fame. He knows what it takes to be a champion, and it’s a really big test for me, to fight a guy who knows what it takes to be a champion. It’s good for me. It’s good preparation. I know his guy is going to be hard to beat, but I don’t care. That’s what I’m here for, to fight the toughest guys in the world,” he concluded.

To see who else is fighting at the upcoming UFC Fight Night 103 event of Fox Sports 1 — which goes down inside Talking Stick Resort Arena — click here.