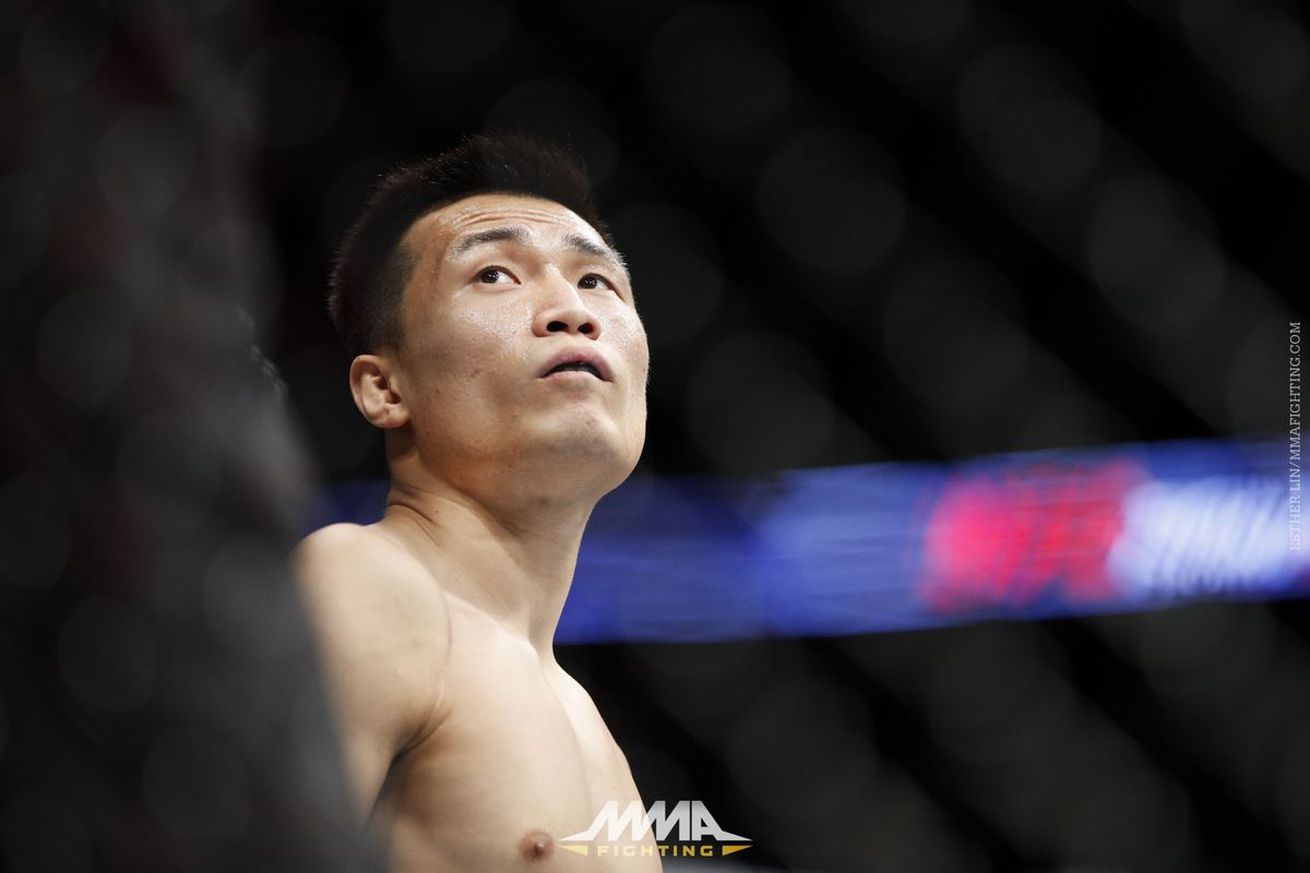 In the main event of the evening, Chang Sung Jung knocked out Dennis Bermudez to earn his first win after a near two-and-half year long layoff to fulfill his mandated military duties (see it again here).

There were plenty of upsets in “H-Town,” so let’s see what fights could be on the horizon.

Who He Should Fight Next: Cub Swanson

While it may be tough to convince Cub to take the fight, seeing as how he is currently sitting at No. 4 in the rankings and Jung not in the picture at the moment — though that should change soon — this is the fight I’d like to see. Both have a history of standup wars and pitting hem against one another is a striker’s dream. A win for Cub would definitely put him in the title mix while a victory for “The Korean Zombie” will catapult him up the rankings. This fight is definitely worthy of a headlining duties on another Fight Night event.

Who She Should Fight Next: Michelle Waterson

By taking out Grasso in the co-headlining act, Felice picked up her second straight win after losing to Paige VanZant. After her victory, Herrig declared that she’d like a rematch against “12 Gauge.” If not, then she wants to throw down against Michelle Waterson, who defeated VanZant last December. To here Felice tell it, she was set to face “Karate Hottie” at the UFC on FOX 22 event before matchmakers took the bout from her to give it to the Sacramento local, VanZant. Make it right and book this fight, UFC.

Who He Should Fight Next: Evan Dunham

Why not? After all, Vick replaced Dunham against Trujillo at UFC Fight Night 104 after he came down with an injury, so the least the promotion could do is give him the man he stepped up for. Vick is quietly making his mark at 155 pounds while Evan has won three straight. And if Evan is still nursing an injury, maybe he will be ready for the upcoming UFC 211 pay-per-view (PPV) event in Dallas, Texas in early May.

Who He Should Fight Next: Misha Cirkunov

As impressive as his win over “OSP” was, i just don’t see the promotion giving Volkan a high-ranked opponent next. That said, I’d like to see him face off against Cirkunov next. Misha, for whatever reason, is not ranked in the top 15 despite winning four straight inside the Octagon and eight straight overall. Both men are fighting to get top 15 recognition, so pitting them against one another makes sense. And since neither can make a case to fight a top ranked foe at the moment, the winner of the matchup could have a gripe to do so once the dust settles.

Who She Should Fight Next: Joanna Jedrzejczyk

After taking out Angel Hill in a brillaint “Fight of the Night” bonus-winning performance, Andrade will now be getting next dibs against “Joanna Champion.” That’s according to UFC president Dana White, who made the proclamation during the post-fight show. And since there is no one in the division that could bump her anytime soon, expect White’s word to be goo as gold this time around.