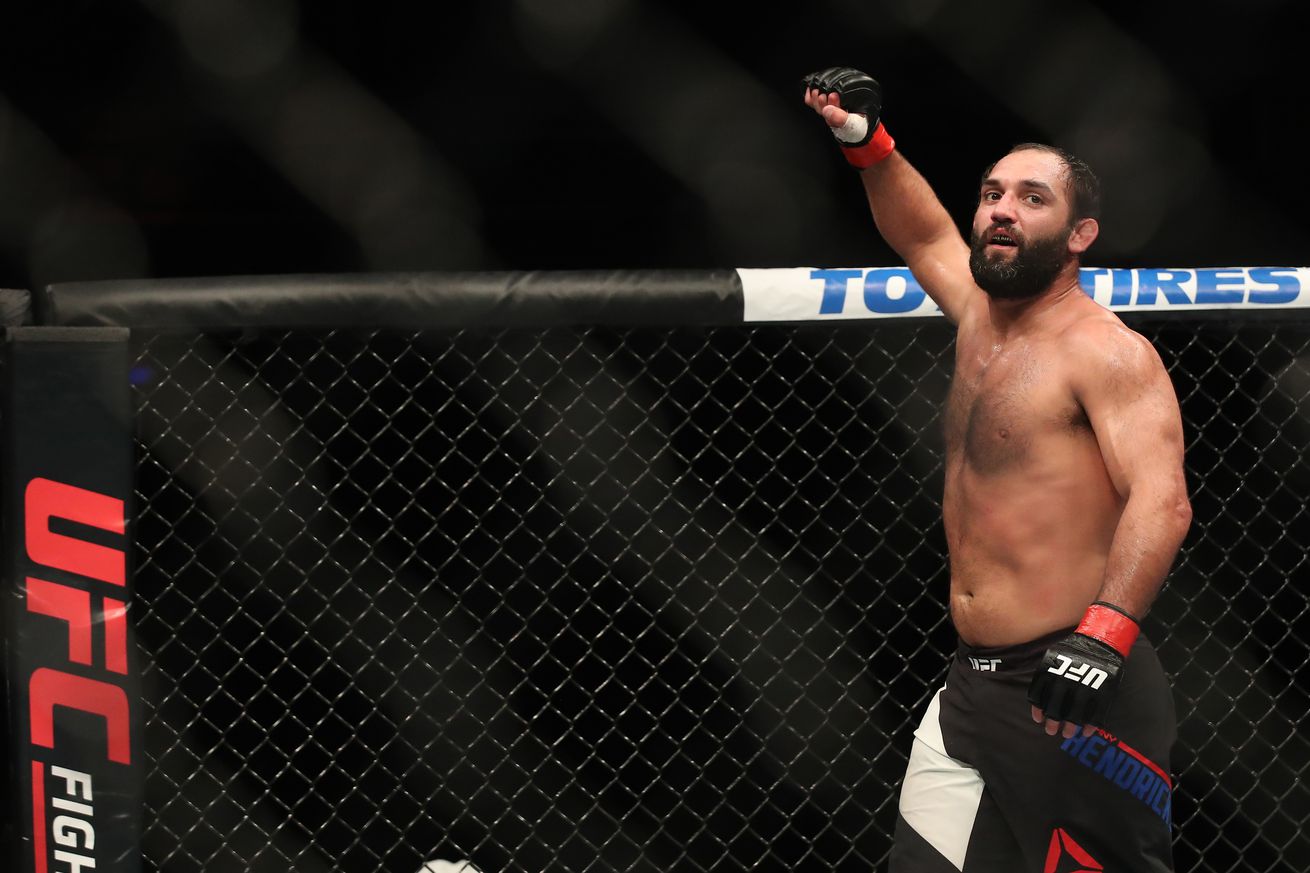 Ultimate Fighting Championship (UFC) was back on free television, as the promotion staged UFC Fight Night 105 last night (Sun., Feb. 19, 2017) from inside Scotiabank Centre in Halifax, Nova Scotia, Canada. Headlining the FOX Sports 1 event was a Heavyweight showdown that saw Derrick Lewis absolutely crush Travis Browne, knocking him out with vicious ground-and-pound in round two (see it again here). In the co-main event of the evening, Johny Hendricks ended his bad run at Welterweight by making good on his Middleweight debut with a unanimous decision win over Hector Lombard (see it here).

“Black Beast” did it again, knocking out his opponent violently, turning out “Hapa’s” lights in the second round of their main event scrap. It wasn’t that easy this time around, though, as Lewis had to mount a comeback to get the “W” after he was in visible pain and even buckled over in round one courtesy of Browne’s front kicks to the midsection. Once Lewis closed distance, though, it was all she wrote, as his heavy bombs found their mark often to put an end to Browne’s night, handing him his third straight defeat in the process. Expect Lewis to rocket up the charts come Monday, and even a higher-ranked opponent in his next outing. Where you at, Ronda Rousey?

It was literally do-or-die for Johny Hendricks, as he once again teased retirement had he suffered his fourth consecutive loss inside the Octagon. But, it seems “Bigg Rigg” may have found some new life — and a new home — in his mixed martial arts (MMA) career, defeating Hector Lombard in what marked his first-ever fight at Middleweight. While it wasn’t the prettiest win, Hendricks did what he had to do, utilizing footwork and eating several shots to deliver his own in order to break his funk. Now that’ he’s having fun again, Hendricks looks to make some noise at 185 pounds. The question now will be if Hendricks can manage to hang with the much bigger 185 pounder’s the weight class has to offer, as Lombard didn’t exactly offer that challenge.

Things went south in a hurry for “Hapa,” who was seemingly in control of his bout against Lewis, delivering some gut-busting kicks to the midsection that had “Black Beast” in visible pain (though he was quick to blame it on gas … and nothing else). Nevertheless, Browne let one get away, as he couldn’t capitalize on a rocked opponent in round one. Round two looked to be much of the same until Lewis found his mark on his haymakers. Unfortunately for “Hapa,” he took several unnecessary strikes, as referee Mario Yamasaki failed to put an end to the fight when he was clearly not defending himself, allowing Lewis to deliver at least two clean shots that knocked him clean out. With three consecutive losses on his resume, things are looking gloomy for the towering big man, so it seems taking some time off to regroup is the next logical step for the Hawaiian.