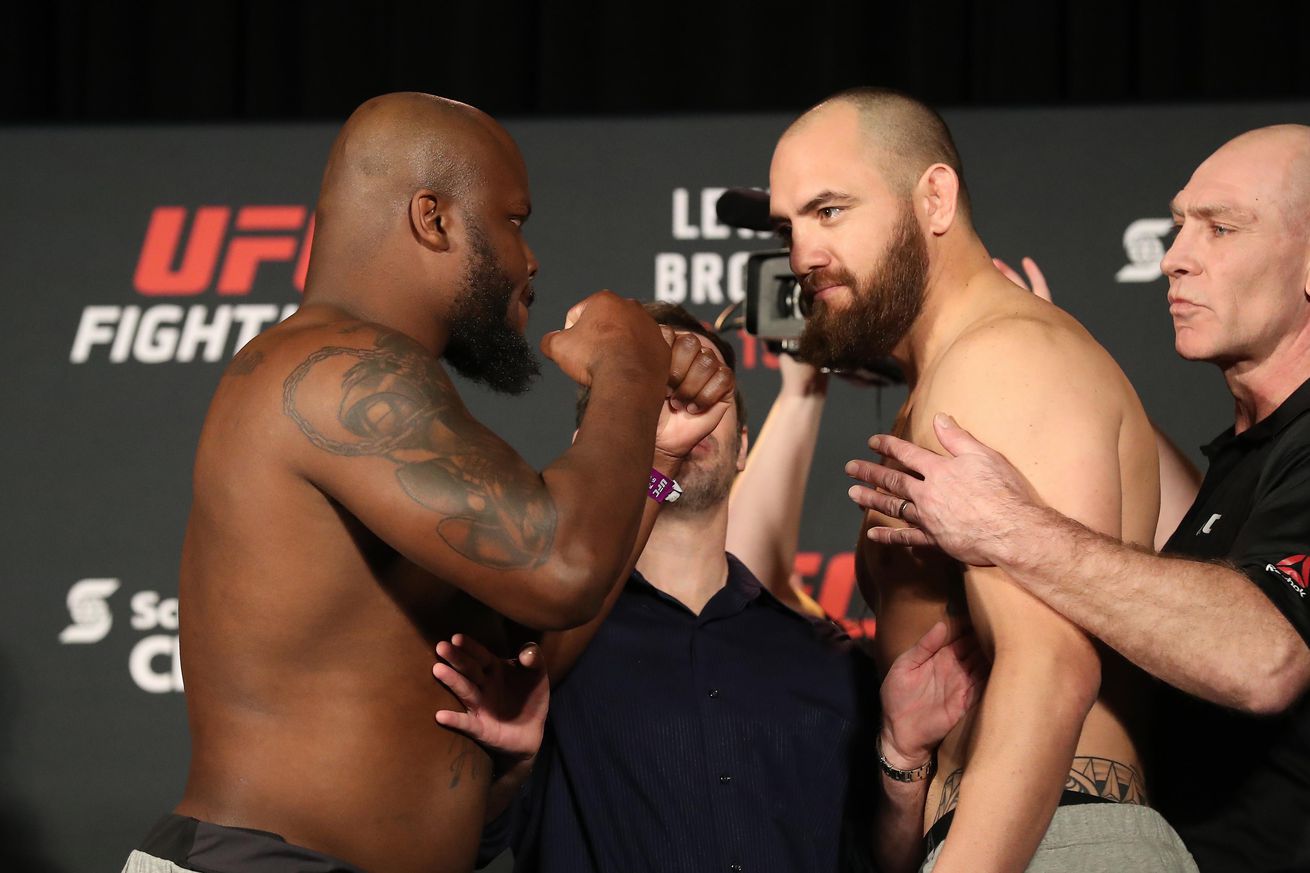 Even Travis Browne — who will face “Black Beast” later tonight (Sun., Feb. 19, 2017) at UFC Fight Night 105 in Halifax, Nova Scotia, Canada — says you can’t help but to be impressed with his body of work.

“As an athlete, with him coming on board and doing what he’s done in a short amount of time, you have to be (impressed),” Browne told MMA Junkie. “He’s a great, exciting, new face, new blood to the sport. And that’s all good for him.”

Lewis recently drew the ire of Browne after the hulking heavyweight brought up his domestic abuse charges — which he was eventually cleared of — something Travis says was completely “ignorant” to do.

And he plans on making him pay. come fight night

“That’s up to him. The one thing I did hear him talk about, was very “ignorant” of him to even mention. It is what it is. The great thing about this sport is that you’re going be held accountable for his words on fight night. And I plan on doing that.”

While Lewis’s stock has risen, “Hapa’s” has taken a hit, dropping back-to-back fights to Cain Velasquez and Fabricio Werdum. But, a win over the heavy-hitting heavyweight, says Travis, is a good start in rebuilding his resume to a shot at the strap.

To learn more about the upcoming UFC Fight Night 105 fight card — which will air on FOX Sports 1 — click here and here.