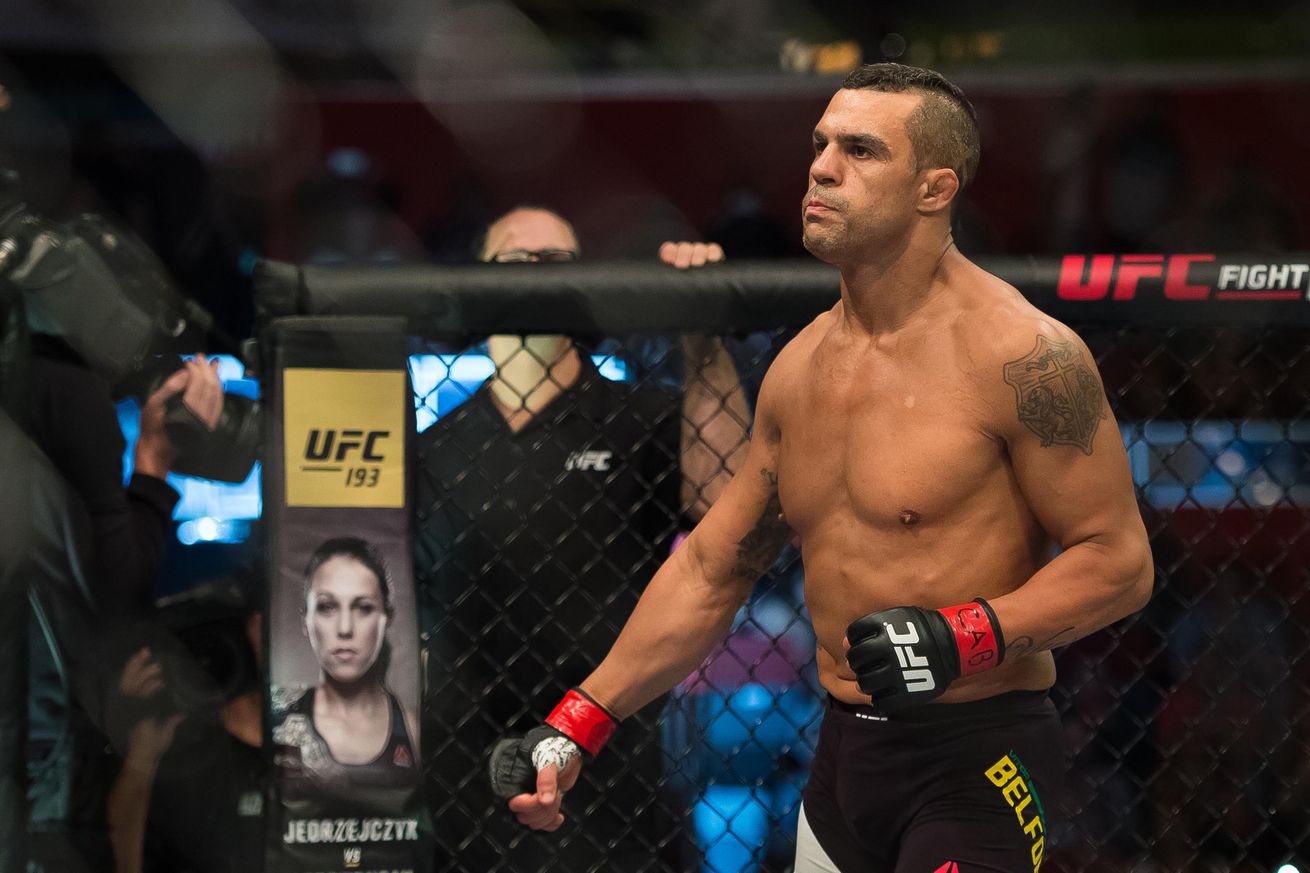 Despite dropping back-to-back knockout losses to Ronaldo Souza and Gegard Mousasi, Vitor Belfort is confident his best days competing in mixed martial arts (MMA) are still ahead of him.

Which is a pretty bold statement to say the least, as “The Phenom’s” early career saw a young Brazilian knocking everyone out in record time while winning a UFC world title. That said, despite his recent aforementioned woes, you won’t convince him that his best stuff has yet-to-be revealed inside the Octagon.

“I think my best days are ahead of me, not behind,” he told UFC.com. “I believe my second journey will be bigger than the first journey and I think I’m going to be relevant not just as I was before, but I’m going to be pretty relevant in the sport in the days to come. I’m looking forward to delivering my best on Saturday, I’m looking forward to going out there and being my best,” he added.

Still, “The Phenom” admits trying to compare himself now to his younger self is a tough thing to do.

“It’s very frustrating when you’re trying to compare yourself to what you used to be – it’s impossible; you just can try to be as best as you are right now and that’s what I’m looking forward to right now.”

And while mixed martial arts (MMA) success is measure by wins and losses, to Vitor, is much deeper than that.

Indeed, if Vitor can put an end to his skid when he steps into the Octagon this weekend (Sat., March 11, 2017) against Kelvin Gastelum at UFC Fight Night 106 in Fortaleza, Brazil (details here), then it would be a huge victory for him in more ways than one.

A third straight loss, however, will undoubtedly force him to realize that perhaps his best days are indeed behind him.