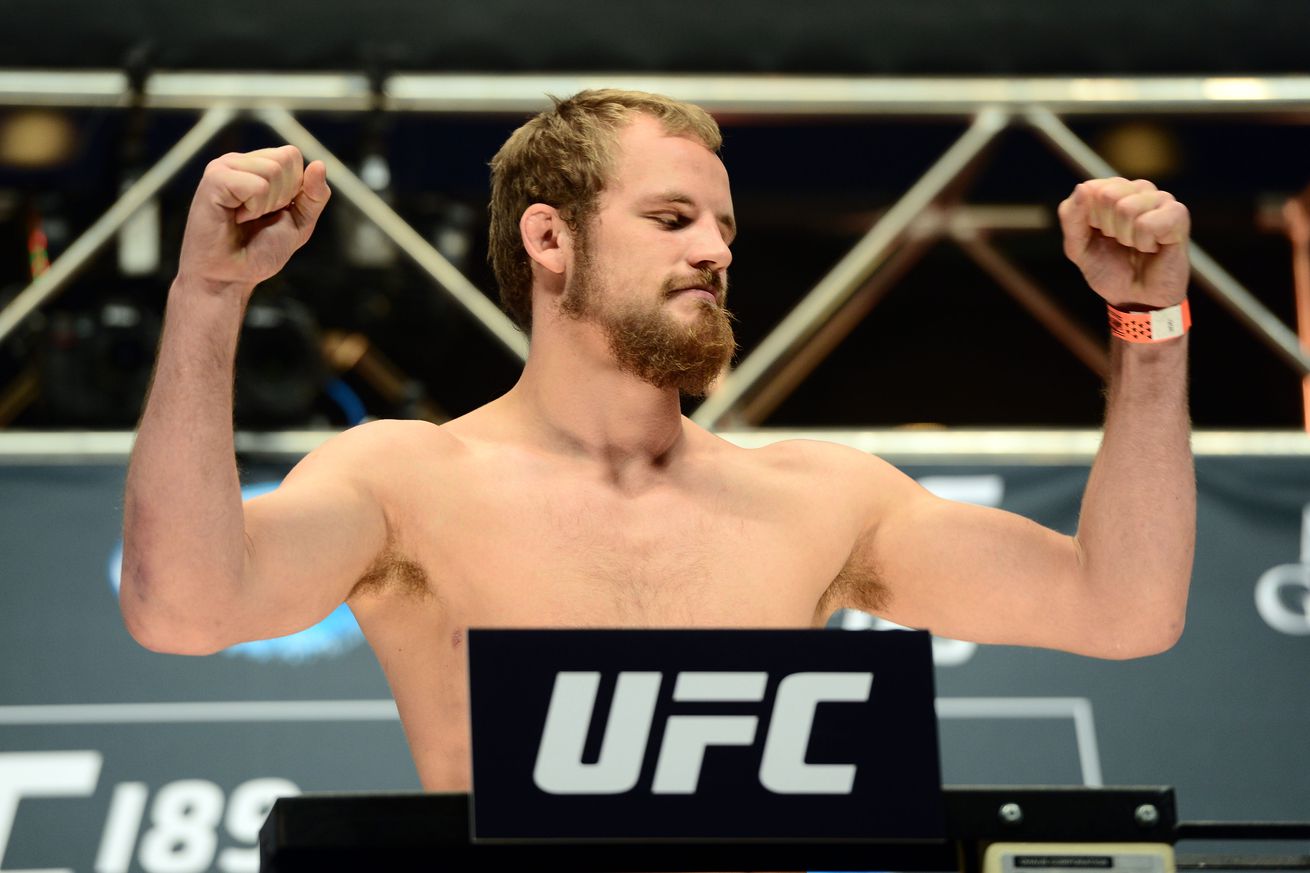 Nelson (15-2-1) jumped out to a stellar 13-0-1 record to kick off his combat sports career and looked poised to make a run at the 170-pound title; however, a pair of losses to Rick Story and Demian Maia over the past few years slowed his momentum.

“Gunni” was last seen submitting Albert Tumenov in May 2016.

Jouban (15-4), meanwhile, has remained one of the more active welterweights since his Octagon debut in late 2014. The part-time model struggled to find consistency early on, but is now the winner of three consecutive fights.

UFC Fight Night 107 is expected to be headlined by the 205-pound showdown between Corey Anderson and Jimi Manuwa. Elsewhere on the card, longtime MMA veteran Brad “One Punch” Pickett will compete in the final fight of his combat sports career against bantamweight stalwart Henry Briones.

To see who else is fighting at UFC Fight Night 107 click here.