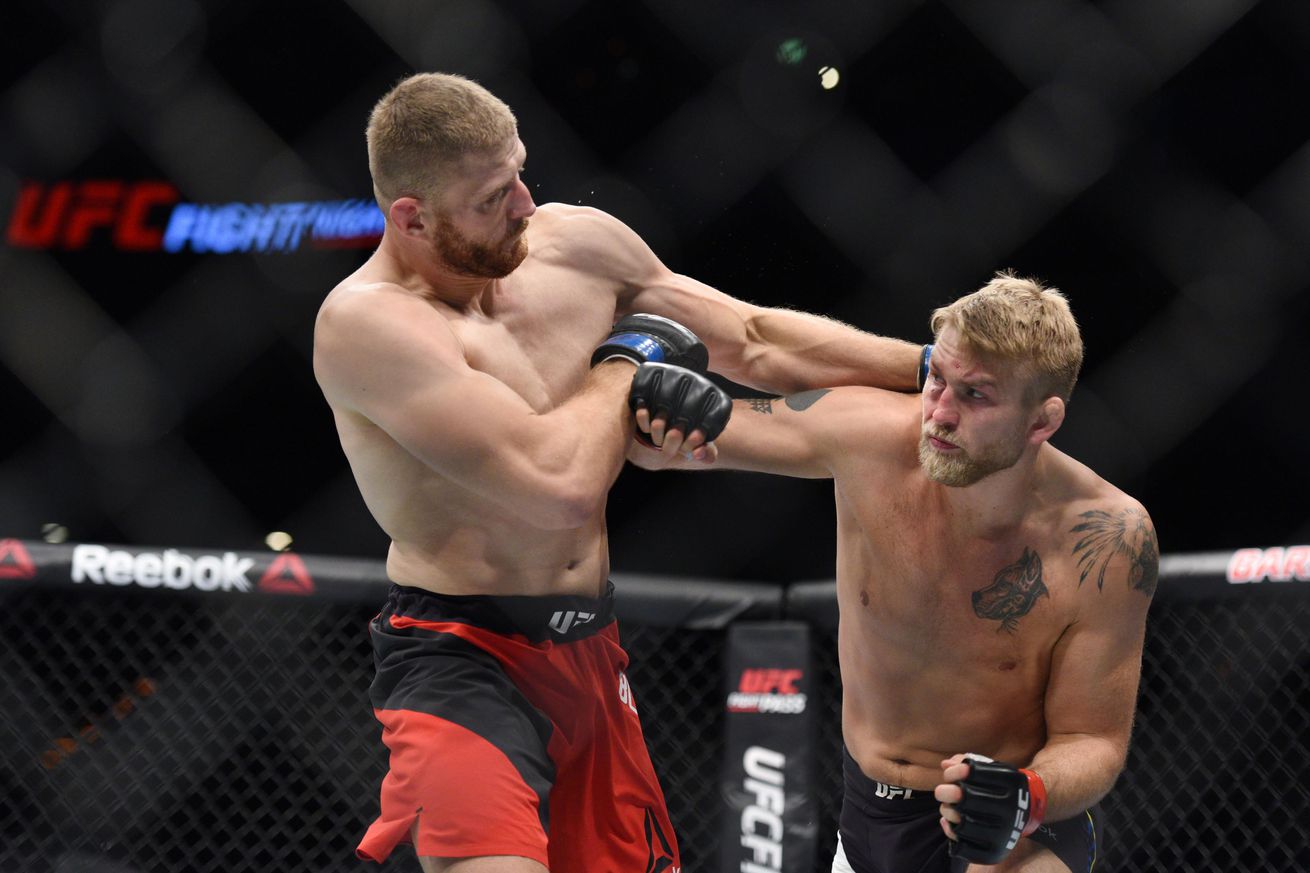 Gustafsson is occasionally the division’s forgotten contender. Part of that stems from his high-profile title losses, but it also doesn’t help that Gustafsson looked fairly average in his recent win.

Teixeira is in a similar position, except most of his recent victories came via stoppage. One of the division’s longest top fighters, “Hands of Stone” has a chance to bounce back into the title picture with a win tonight.

Let’s take a look at the keys to victory for both men.

Keys to Victory: Gustafsson has perhaps the fleetest feet in his division. “The Mauler” circles and moves well, getting the most out of his rangy boxing and ironclad takedown defense in the process.

In this bout, Gustafsson pretty much just has to avoid the two major weapons of his opponent: the overhand right and the high crotch takedown. If he can avoid those, the rest of Teixeira’s game is a lot less scary.

Maintaining range is the answer to both potential problems. Gustafsson has a long, sharp jab and needs to make full use of it. If he can stab at Teixeira’s face early on, it will open up his power punches as the fight develops.

Admittedly, the overhand is a great counter to the jab. If, however, Gustafsson keeps his feints active and mixes in some punishing left hooks, he should be able to throw off his foe’s timing and punish the attempted counters.

It’s also worth-noting that Gustafsson is the superior kicker of the two. If he can mix kicks up the middle into his attack, Teixeira will have an even more difficult time closing the distance.

Keys to Victory: Teixeira is a straightforward but brutally effective fighter. On his feet, Teixeira pressures opponents with his finger on the trigger, waiting to sling his right hand into their jaw. At any point, he can switch it up with a single leg takedown, which will lead to his strong jiu-jitsu game.

This bout will definitely prove to be a stylistic challenge for Teixeira. He excels in the pocket, but Gustafsson has proven to be a difficult man to hit cleanly from that range, as he’s quite good at boxing from where he wants to.

To that end, Teixeira may want to take a page from Daniel Cormier’s book and use the clinch/takedown attempts to close range. Teixeira may not be able to control a collar-tie quite as well as the Olympian, but he could break away with punches in bunches.

If Gustafsson is flat like his last performance, that may be all it takes.

If not, clinch work is wearing. If Teixeira can slow Gustafsson down — a few well-placed low kicks would help too — he’ll be able to find his distance more often, and create better opportunities to land his knockout punches.

Bottom Line: It’s one of the strongest fights around in the current 205 lbs. landscape.

It’s also something of a must-win fight for both men, who are currently in the fringe of the elite. They have shown the talent to compete with the best in the world in the past, but it’s been some time since they actually scored a truly significant win. That puts quite a bit of pressure on them heading into this match up, as the winner takes a big step forward into the title mix.

Alternatively, the loser faces a serious setback. This isn’t a title match or even necessarily a title eliminator — a loss isn’t so easily forgotten. Plus, their personal circumstances make it even more important. For Gustafsson, his last main event in his home country well terribly, and losing another would be a bitter pill to swallow. In Teixeira’s case, he’s 37 years old, so chances are he doesn’t have all that much time left to go on a title run.

At UFC Fight Night 109, Alexander Gustafsson and Glover Teixeira will battle in the main event. Which man will have his hand raised?