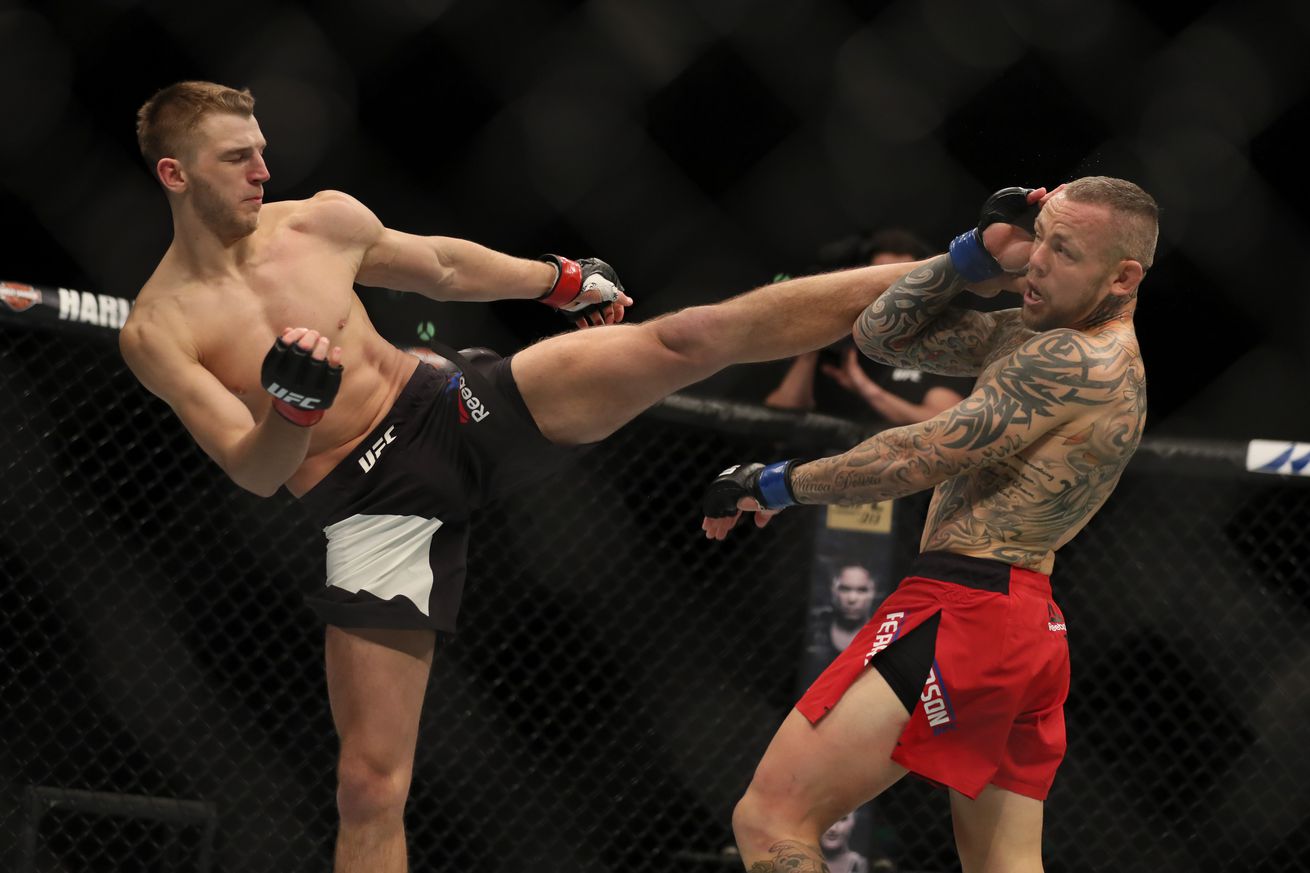 Saturday night’s UFC Fight Night from Auckland, New Zealand, headlined by Mark Hunt’s fourth-round stoppage of Derrick Lewis, averaged 923,000 viewers. The number was strong enough for FS 1 to place first among cable sports networks in prime time in both total viewers and in the 18-49 demo.

It was the second most-watched sports event on U.S. television in prime time that night, trailing a major league baseball game on FOX that did 2,311,000 viewers.

The number is slightly down from normal for 2017. Prime-time Fight Night shows so far this year on FS 1 are averaging 962,000 viewers.

The show had a main event of interest, with two ranked heavyweights with knockout power. But from a television standpoint, it lacked name power depth.

Aside from Hunt vs. Lewis, Derek Brunson was the biggest name. He faced Daniel Kelley, an Australian market star who he defeated quickly in the first round. Ross Pearson has some name value from being around UFC for many years and early success from The Ultimate Fighter, but hasn’t been a major player in a long time.

The prelims featuring Vinc Pichel’s first-round knockout over Damien Brown, averaged 696,000 viewers. That was the lowest of the year for a prime time FS 1 airing and 12 percent below the 2017 average. Pichel hadn’t fought in a few years and there were no names on the prelims that were going to mean anything for numbers. The average for the year for FS 1 prime time prelims stands at 789,000.

The post-fight show did 351,000 viewers, which is a strong number, and well up from the 224,000 for the last prime time FS 1 post-fight show, an April 22 show headlined by Cub Swanson vs. Artem Lobov.