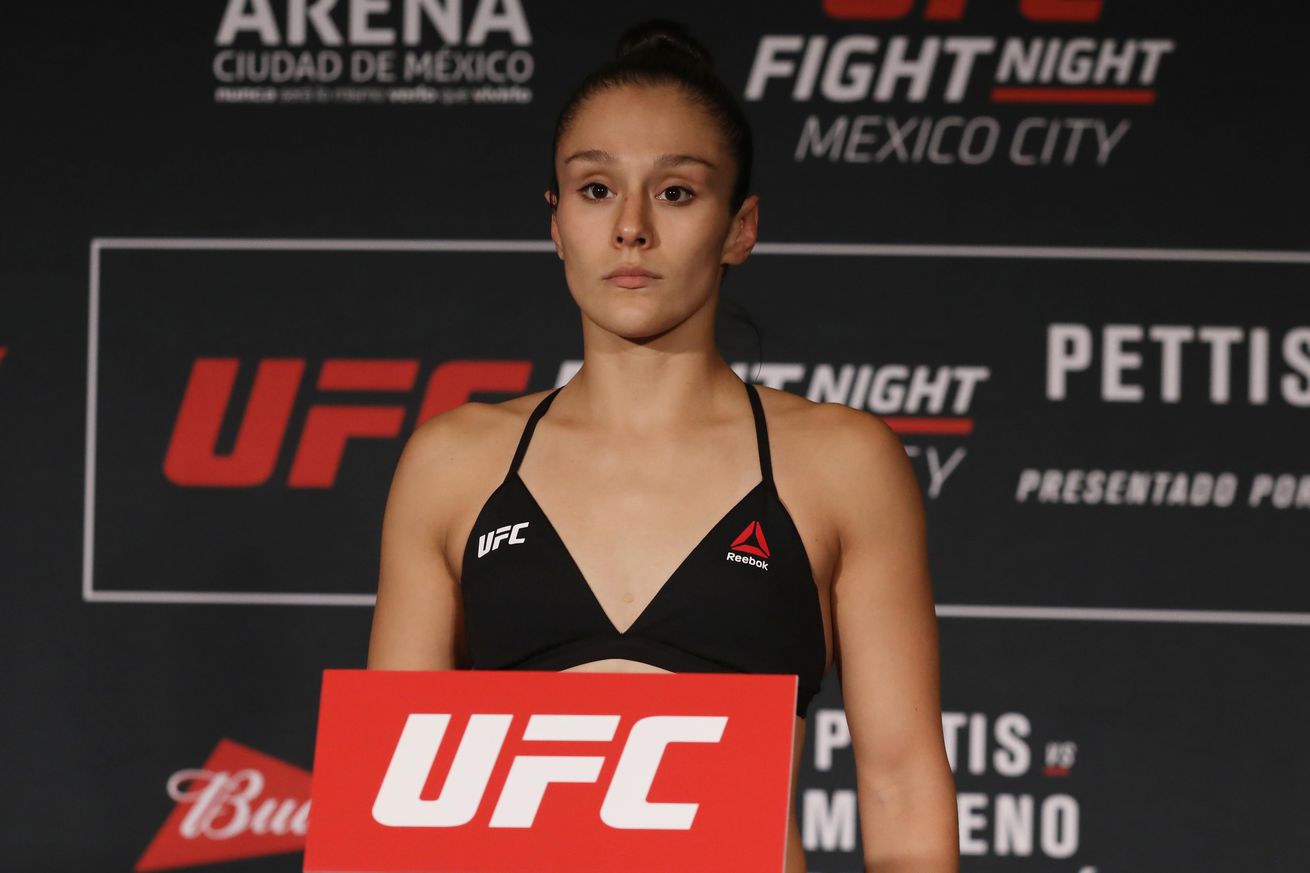 The Guadalajara native Grasso, though, had the fight’s final push after 15 minutes of back and forth action, and that was enough to give her the nod.

“I’m very happy,” said Grasso, who missed weight by three pounds on Friday. “I did everything I could do.”

Both fighters came out swinging in a fast-paced first round, with each darting in and out and giving it as good as they got it. Grasso turned up the heat over the final minute of the round, though, following body kicks with combos to the head ultimately taking things to the mat and getting Markos’ back.

In the second round, though, Markos found a second wind. She took advantage of a Grasso slip and pounced, maneuvering from side control to top control and then raining down ground-and-pound. Grasso had to give up her back to escape the onslaught and then held on until the round ended.

Markos appeared ready to sew up the fight midway through the round, as she again found her way into top position. But this time, Grasso got back to her fight. And she made the rest of her time in the cage count, landing her heaviest strikes of the fight and pushing forward until the final horn.