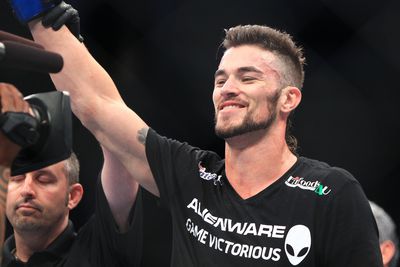 Ultimate Fighting Championship (UFC) returns this Saturday night (Feb. 14, 2015) with an exciting UFC Fight Night 60 fight card featuring Benson Henderson making his welterweight debut against rising contender Brandon Thatch. With an intriguing mixed martial arts (MMA) event set for Broomfield, Colorado, the FOX Sports 1 card brings with it a bevy of possible scenarios, outcomes, and questions that build anticipation unlike anything else. We here at MMAmania.com took a gander at the fight card, and put together five burning questions heading into this weekend.

After a brutal week in the sport of mixed martial arts (MMA),