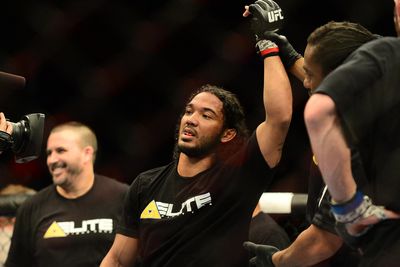 Former UFC lighweight champion Benson Henderson put on an awe-inspiring performance against the highly touted welterweight prospect Brandon Thatch in the main event of UFC Fight Night 60 this past Saturday night (Feb. 14, 2015). Snapping a frustrating losing streak with a sensational submission, MMAmania.com ponders what could be next for “Smooth.”

Almost nobody gave former Ultimate Fighting Championship (UFC) lightweight kingpin Benson Henderson a chance against the highly touted wrecking machine that is Brandon Thatch on short notice, but not only did “Smooth” hold his own, he earned his most impressive victory inside the Octagon to date.