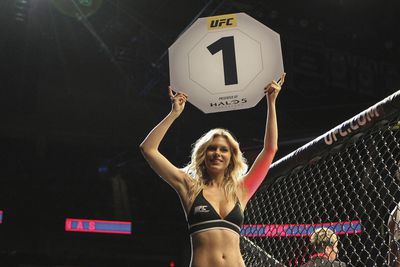 More fights are coming to Fight Pass-only this weekend (Sat., Oct. 24, 2015) when UFC Fight Night 76: “Duffy vs. Poirier” kicks off from 3Arena in Dublin, Ireland. MMAmania.com’s Patrick Stumberg kicks off the UFC Fight Night 76 “Prelims” party with the first installment of a two-part under card preview series.

It’s time to put up or shut up.

After dominant first-round stoppages in his two Ultimate Fighting Championship (UFC) appearances, top Irish prospect Joe Duffy will step up to the big leagues this Saturday (Oct. 24, 2015) when he faces brick-fisted Dustin Poirier in the main event of UFC Fight Night 76, which takes place inside 3Arena in Dublin, Ireland.

Also on the card, Flyweight prospects Paddy Holohan and Louis Smolka battle it out in the co-main event, while Norman Parke welcomes convicted handbag thief Reza Madadi back to the Octagon after 2.5 years away.

Let’s check out the first four matches on the docket: