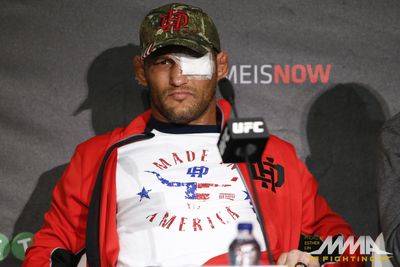 Vitor Belfort will fight Dan Henderson for the third time in his career, because that’s what it’s come to for a pair of middleweights who, at one time or another, took turns being the second-best 185-pounder on the planet. A lot has changed since then, like the ban on testosterone replacement therapy (TRT).

As a result, “Hendo” plummeted to No. 12 in the rankings, while “The Phenom” clings to the No. 4 spot on the strength of his terrifying run from Jan. to Nov. of 2013, which left three durable middleweights — including Henderson — looking up at the lights.

It’s a fight card that caters to Brazilian fans, but can be appreciated for its solid if not unspectacular line up of recognizable faces, some of which are still very much relevant in their respective divisions. Best of all, it costs nothing but a few hours on Saturday night.