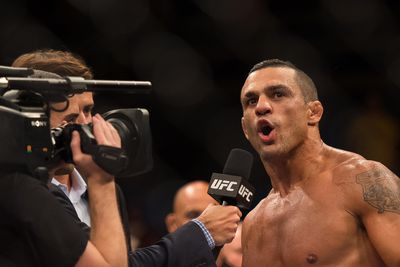 There were seven total fights on the action-packed main card in Sao Paulo, including the middleweight headliner, which was a trilogy tussle between legends Vitor Belfort and Dan Henderson. “The Phenom” would go on to plaster “Hendo” in just over two minutes with a frightening head kick (highlights) and a series of follow-up bombs.

Then, in the co-main event, Glover Teixeira had Patrick Cummins searching for his whits throughout the entirety of their light heavyweight pairing. The former 205-pound title challenger repeatedly pelted the face of his American counterpart for little more than six minutes to secure a victory via strikes (highlights).