Home MMA News UFC Fight Night 77’s Dan Henderson: ‘I’m beating Vitor Belfort regardless of him being on drugs or not’
ShareTweet 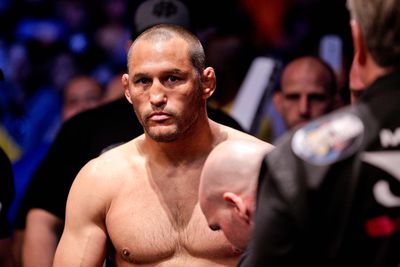 “Hendo” is going to fight the devil in his own hometown …

“I’m definitely a better fighter now,” Henderson told MMA Fighting. “Obviously, I’m a little bit older as well, and I’m sure certain things are a little slower, but for the most part I’m a much better fighter than I was then. I feel that I’m still just as powerful and dangerous as I was then.”

It will also be trilogy fight against former UFC light heavyweight titleholder Vitor Belfort, who most recently blitzed “Hendo” with a vicious head kick — albeit while competing on Testosterone Replacement Therapy (TRT) — at UFC Fight Night 32 in Nov. 2013.

Henderson is familiar with the topic of TRT, having also been on a regimen in the past. With United States Anti-Doping Agency (USADA) overseeing the drug testing ….View original article