Home MMA News UFC Fight Night 77’s Patrick Cummins has ‘shook out all the cobwebs,’ won’t get into ‘slugfest’ with Glover Teixeira
ShareTweet 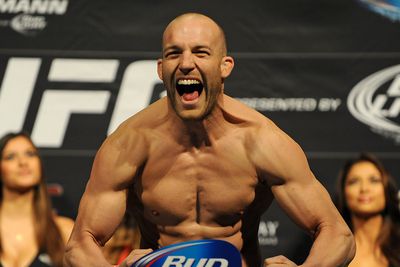 “Durkin” went from short-notice fighter to possible contender with a bit of hard work and elbow grease.

Despite possessing the discipline and tenacity to succeed at the highest level of mixed martial arts (MMA), not every fighter has the science of weight cutting figured out.

No matter how hard they try.

For Patrick Cummins (8-2), the No. 9-ranked Light Heavyweight and two-time All-American wrestler at Penn State University knows how difficult it is to cut weight during wrestling season, as well as how easy it might be for a fighter to get lazy in his professional career.

“When you’re cutting weight and some guys are just cutting their leg off to make weight in wrestling season and that’s like eight months, it’s a real drag to keep your weight like that and some guys have been wrestling since they were four years old,” Cummins told MMAmania.com.