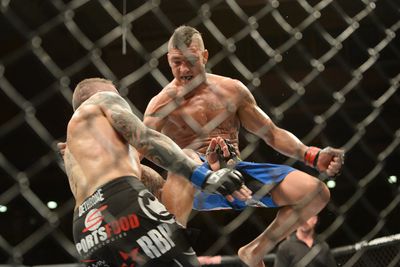 Ricardo Lamas and Diego Sanchez will go to war this Saturday (Nov. 21, 2015) at UFC Fight Night 78 inside Arena Monterrey in Monterrey, Mexico. In a match up of scrappy wrestlers, what adjustments must be made for either man to claim victory? Find out below!

After beginning a new win streak following his failed title bid, Lamas was flattened by the heavy hands of top-ranked contender Chad Mendes. Now, Lamas will look to bounce back against the ever-entertaining Diego Sanchez.

Though Sanchez has technically won two of his last five fights, he easily could be winless in those contests. Now making his 145-pound debut, Sanchez is hoping to turn it all around here.