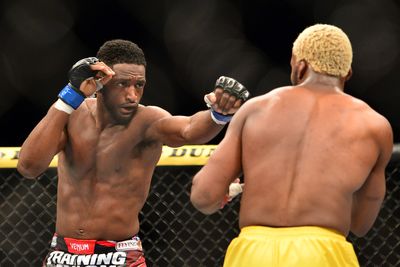 It wasn’t that long ago when No. 13-ranked Ultimate Fighting Championship (UFC) welterweight Neil Magny was quietly making his way toward the Top 5 of the 170-pound division.

The 28-year-old has fought a staggering nine times inside the Octagon between 2014-15, accumulating an 8-1 UFC record, with his only loss coming to former middleweight title challenger Demian Maia at UFC 190 last August.

Now, for the tenth time in the span of 24 months, Magny will enter the Octagon on short notice to tangle with The Ultimate Fighter (TUF) 17 winner Kelvin Gastelum in the UFC Fight Night 78 main event tomorrow night (Sat., Nov. 21, 2015) in Mexico.

Like Magny, Gastelum is one of the more heralded young fighters in the welterweight class, having dispatched of notable veterans like Jake Ellenberger and Rick Story during his run into the UFC’s rankings.

But, as the Colorado-based Magny would like to point out, it’s Gastelum’s lackluster performances when the lights are at their brightest, that give the former all the confidence in the world he will emerge victorious in Monterrey.

From Magny’s conversation with UFC:

“Kelvin is a tough opponent. I mean, he has a couple of good wins under his belt. I ….View original article