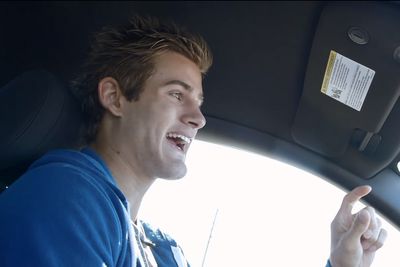 Just in case you haven’t had your fill of the only four fighters apparently competing on UFC Fight Night 80 in Las Vegas on Thurs., Dec. 10, 2015 and streamed live on the promotion’s Fight Pass streaming service, here is episode three of “UFC Fight Pass Embedded.”

Headlining the event is a matchup of women’s Strawweight contenders Rose Namajunas and Paige VanZant, while budding 19-year-old star Sage Northcutt will face Cody Pfister in another featured bout.

Nowhere to be found in any of the promotional material so far are the two men in the co-main event, Michael Chiesa and Jim Miller. Which is getting a little bit awkward….

UFC has rolled out its regular “Embedded” pre-fight video blogs just in-time to catch up on the last-minute preparations of those four fighters. You can watch the first two episodes here and also here.

In this third episode, Team Namajunas worry about Bruce Buffer losing his famous voice trying to scream the names from three fight cards in 72 hours. Meanwhile, VanZant gets her sweat on with Team Alpha Male. Cody Pfister shares his private thoughts about the hair stylings of Sage Northcutt, while “Super” throws the leather with his striking ….View original article