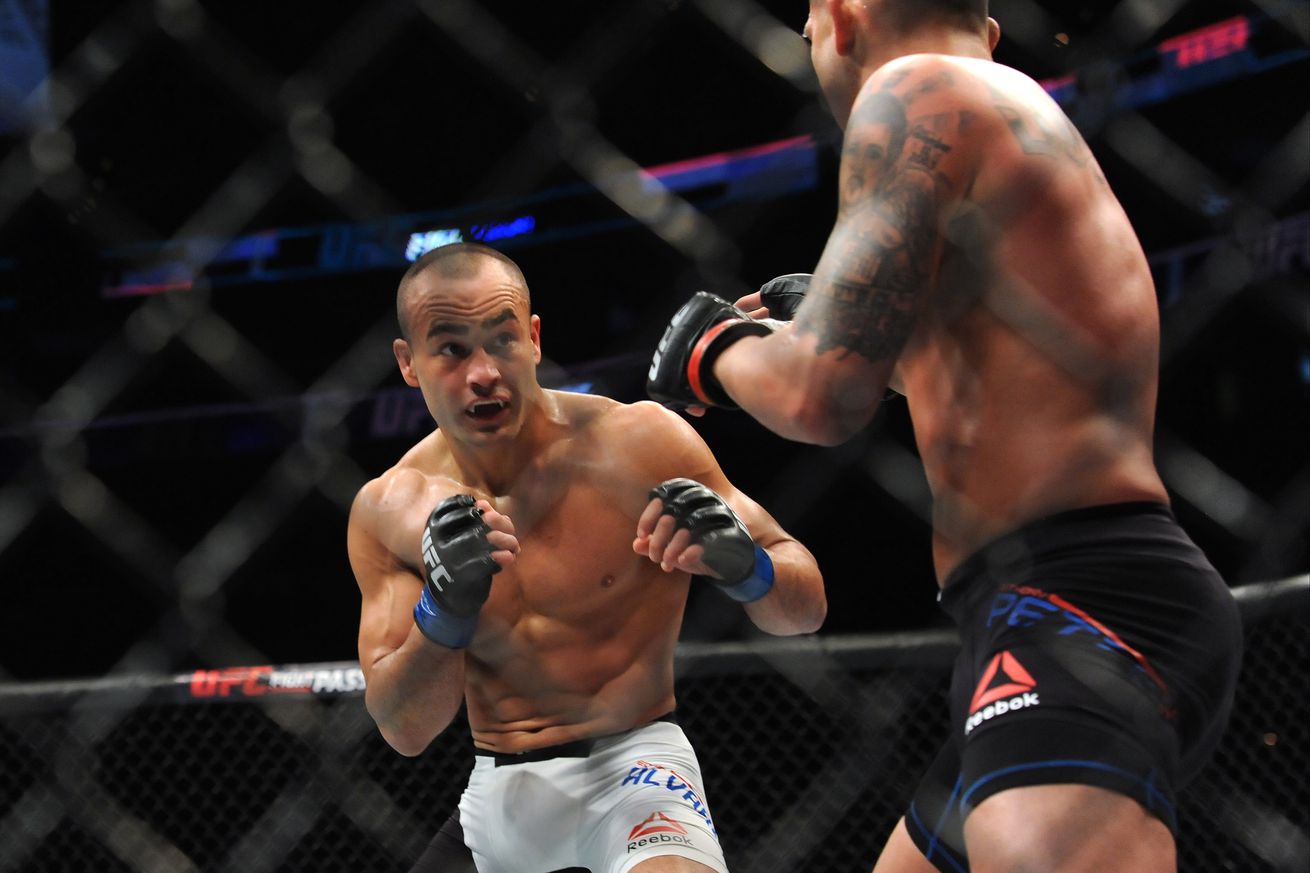 Coming off a dominant loss to Rafael dos Anjos that cost him the title, Pettis entered last night’s bout in a must-win situation. In order to get right back in the title picture, Pettis needed to make a statement.

Meanwhile, Alvarez was still looking to figure out his place in the UFC. If he managed to top the former champion, Alvarez would certainly be in the immediate title picture.

After a few brief moments, Alvarez dove in for a double leg takedown and briefly landed it. Pettis worked his way back to his feet, but Alvarez stuck to him along the fence for another couple minutes and briefly scored another takedown.

With about two minutes remaining, Pettis managed to create some separation. Alvarez was able to close the distance again briefly, but Pettis was nonetheless able to score with some hard body kicks before the end of the round.

While Alvarez likely won the first round, he also exhausted a ton of energy trying to take his opponent down.

Alvarez landed some nice right hands and kicks to start the round before closing the distance once more. This time, however, Pettis was able to separate much more quickly.

On the outside, Alvarez was actually doing fairly well, as he used level change feints to score with punches and some kicks as well. That said, Pettis was landing powerful kicks whenever he threw them, as Alvarez’s body and legs were open much ….View full article