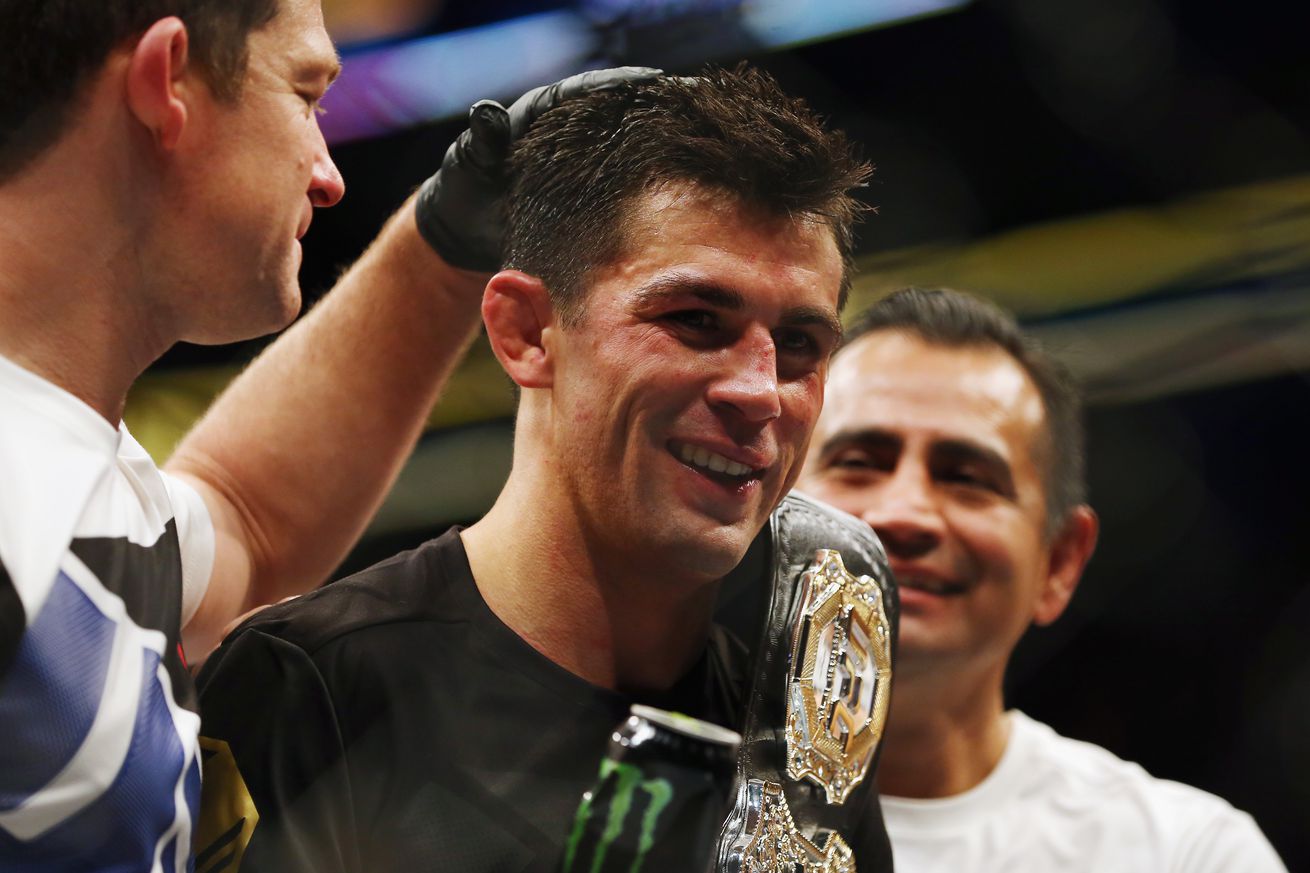 And New! Dominick Cruz returned to the Octagon last night (Sun., Jan. 17, 2016) at the TD Garden in Boston, Massachusetts, narrowly eking out a split decision victory to regain his stripped UFC Bantamweight Championship against TJ Dillashaw in the phenomenal “Fight of The Night” at UFC Fight Night 81. With plenty of options available, MMAmania.com ponders what could be next for “The Dominator.”

What’s next for Dominick Cruz?

Is that really the first question that needs to be answered?

Before looking into the future, let’s just take a moment to take in the absolutely massive accomplishment Cruz achieved by simply stepping into the Octagon at UFC Fight Night 81 last night (Sun., Jan. 17, 2016) in Boston, Massachusetts.

After fighting a total of 61 seconds in a span of four years due to three ACL surgeries and a torn groin, “The Dominator” had his Bantamweight title stripped from him by UFC brass, and all of his achievements thrown aside because his body betrayed him.

Lesser fighters would have retired long before Cruz ever considered going through rehab for a third time, and especially so after returning his three-year layoff by absolutely massacring a tough Takeya Mizugaki in September, 2014.

Had “The Dominator” chose to hang up his gloves then, his decision would have been warranted.

But Cruz wanted to prove he was still a Champion.

Of course, a torn groin forced him to pull out of yet another UFC title fight, and once again his career prospects came into question.

The new Champion’s footwork and strikes were lauded and appreciated by the MMA masses, and there was clear comparisons to be made between Dillashaw and Cruz.