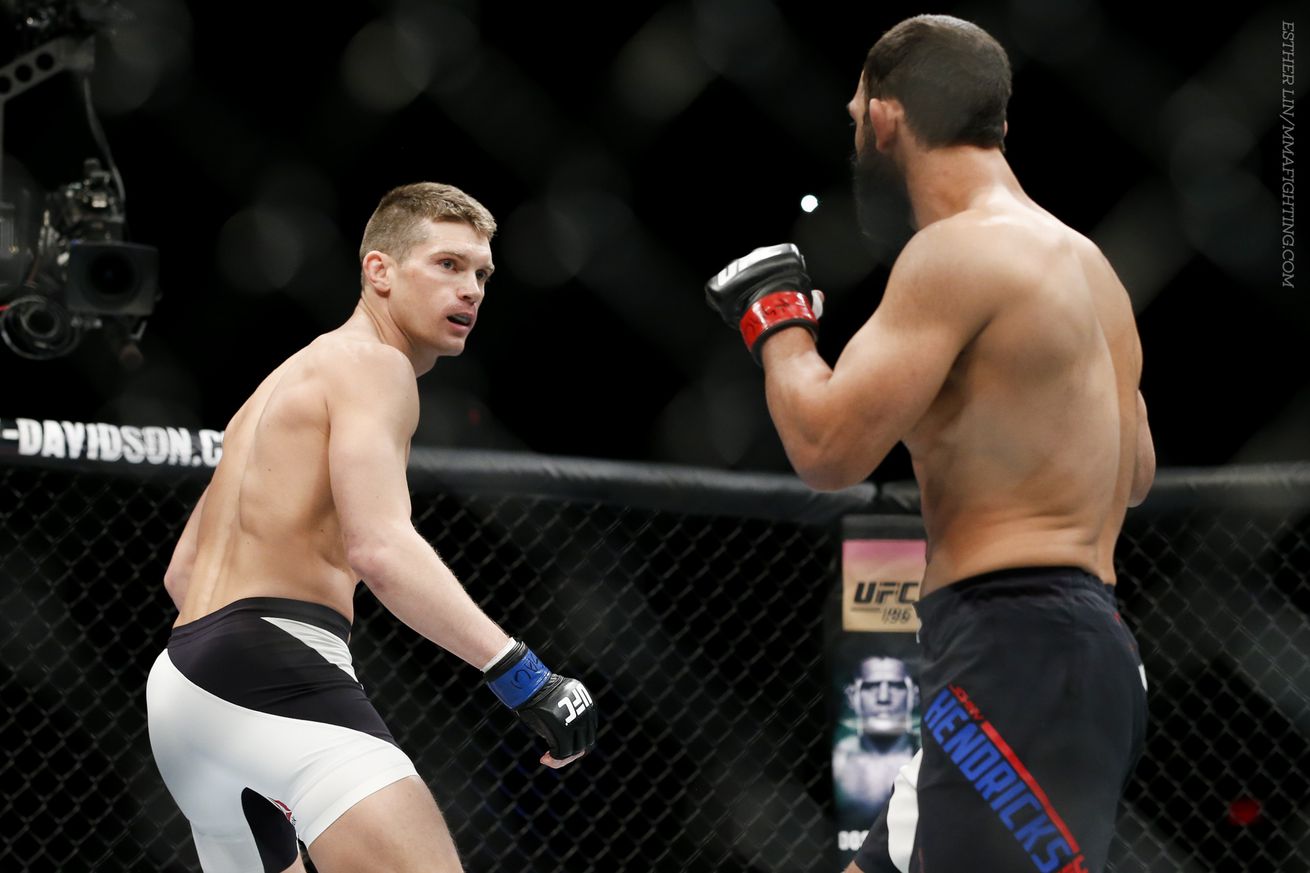 The welterweight division has a new top contender, and his name is Stephen Thompson. “Wonderboy” lit the MMA world afire on Saturday night, destroying former UFC champion Johny Hendricks with one of the most stylish and one-sided beatings in recent memory at UFC Fight Night 82. That makes it six straight wins for Thompson, and by the end of the night, even his own welterweight stablemates couldn’t help but give props to the star-making performance.

Johnny finally looking at his right size. Looks like a 155lber.

Right in the beard!!! #ufcvegas

Wonderboy is the real

What!!!!! My brother @WonderboyMMA is a beast !